Calgary's 'top dogs': The most popular breeds in the city

CALGARY -- From Chihuahuas to rottweilers, there's no shortage of dogs in Calgary. In fact, according to the latest data released by the City of Calgary, there are 91,568 licensed dogs.

However, it seems that Calgarians are 'pawing' over some breeds more than others. 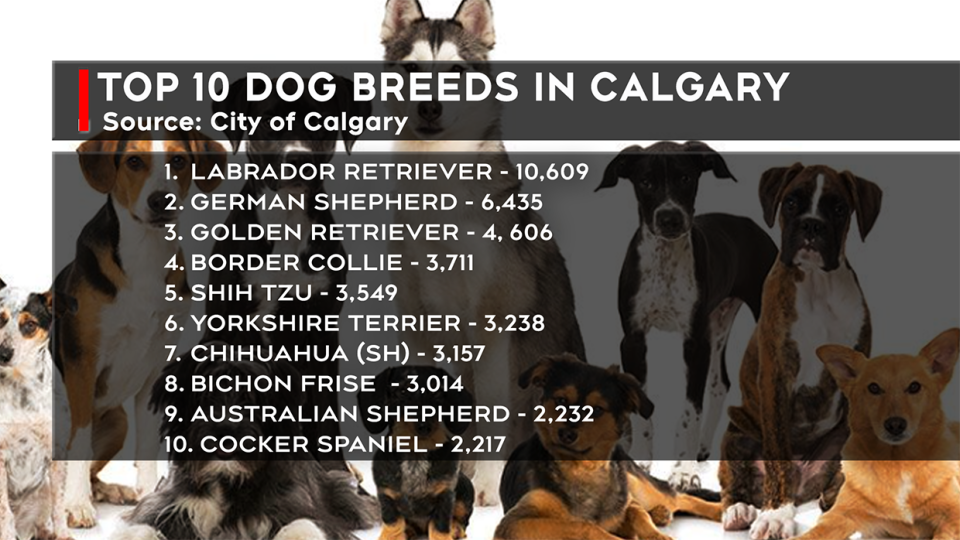 The Labrador retriever takes the top spot with 10,609 dogs registered. The German shepherd is second with 6,435, and in third, it's the golden retriever with 4,606. The shih tzu, Yorkshire terrier and bichon frise also made the list of the top 10.

The least popular breeds found in Calgary are the wiredhaired dachshund and the Japanese chin, each of which have only 114 registered in the city.

If you're hoping to spot these four-legged friends or perhaps move to an area where you know there's going to be lots of dogs, you might want to think of heading south.

Cranston, Mckenzie Towne, Mckenzie Lake and Auburn Bay are among the top five neighbourhoods in the city with the highest dog population. Tuscany, in the city's northwest, has the most dogs with 1,926. 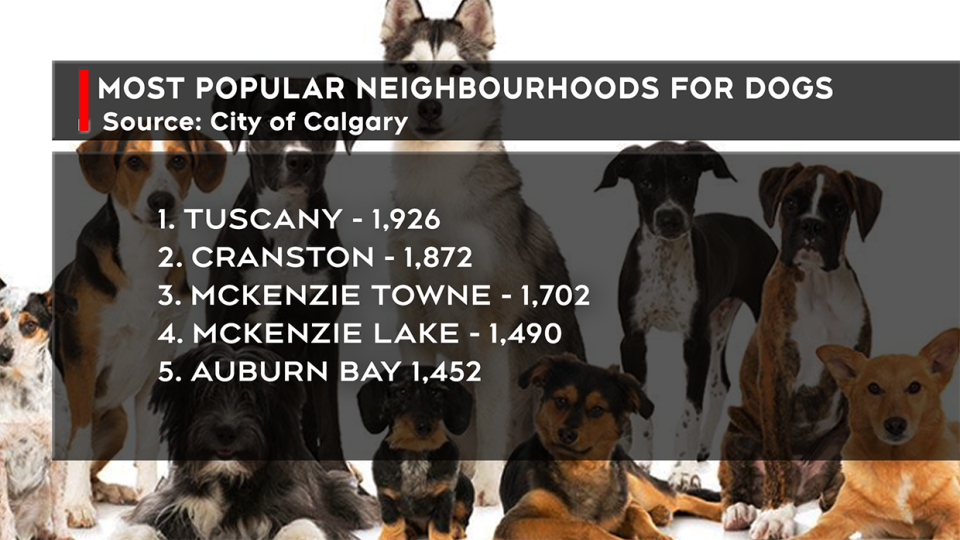 For more information about Calgary's dog population and where the pets reside, click here.