The Calgary Stampede traditionally measures success of the ‘Greatest Outdoor Show on Earth’ by its attendance numbers, but the COVID-19 pandemic has organizers shifting focus for the 2021 edition.

“It’s really the first big live event that our country has seen in more than a year and a half so this is about starting to get back to things that are a little bit more normal and focus on the experience more than money and numbers.”

Stampede officials have not provided daily attendance numbers this year, but they do note attendance is expected to be about half of what it was in 2019 when 1,275,465 people went through the turnstiles.

To combat the diminished turnout, a number of extra value days have been added in 2021, including free admission for frontline workers during the opening weekend.

Free entry for 2020 and 2021 high school and post-secondary graduates will also be available for the final five days, allowing grads to bring up to three guests with them without having to pay.

Barnes said every Wednesday of Stampede, known as ‘Kids Day’ typically sees 40,000 people over a two-hour period, but the hope was to avoid the clog and extend free admission for kids all day long.

“People are coming down to Stampede, knowing that we do have capacity restrictions in some of our venues,” she said.

“We do not want to have masses of people come in very short amounts of time throughout the day so this year it’s more about enjoyment, safety and really having fun.”

No question, Calgarians are adjusting to life without pandemic restrictions, but several tourists are taking advantage of the opportunity to attend this year’s event.

Jason MacDermid and his family came all the way to Calgary from Whitby, Ont. to enjoy the Stampede and experience Western Canada’s picturesque Rocky Mountains.

“It’s a bucket list item my wife and I always wanted to experience and after a year of living this pandemic life, getting vaccinated means we can finally get outdoors and enjoy things without a mask,” he said.

“It’s night and day compared to Ontario and people are a lot more open and comfortable and most people seem a lot more happier and way less restrictive so we feel really safe.”

Others like Camerynn Serfas came up to Calgary from Lethbridge to take advantage of free admission upon graduating from high school just last month.

“I think this is so great because the last year has been tough for our graduating class so this is a wonderful initiative,” she said. 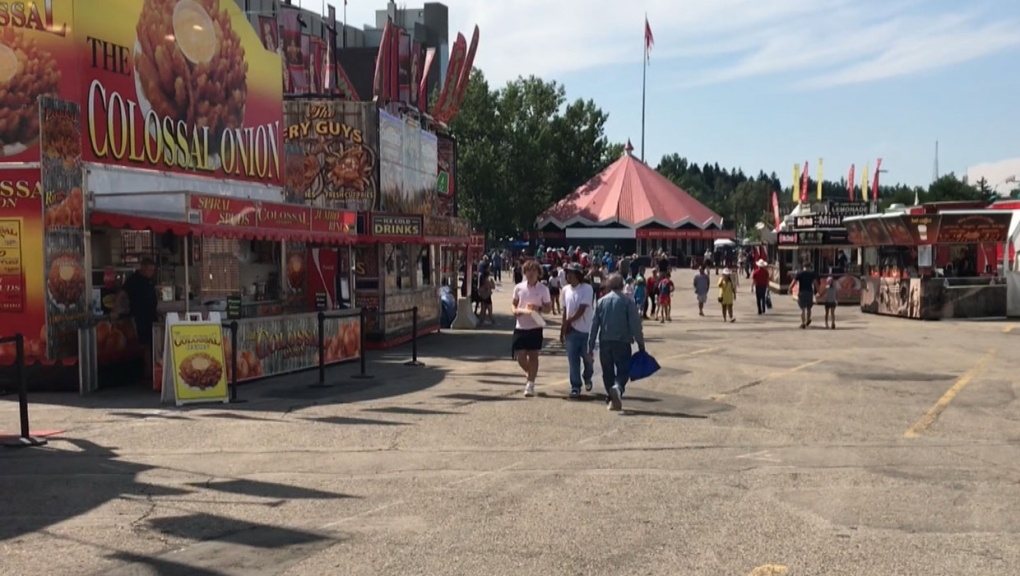 “Lots of international people can’t come to the event so it’s important to bring in more local people and instill more confidence.”

The Calgary Stampede has been viewed as Canada’s first step towards getting back to normalcy and opening up events to larger crowds since the pandemic began.

“What's driving engagement is risk tolerance, and we're not actually seeing a fairly significant movement on that,” Finch said.

Finch and his team have been tracking data every 60 days across Alberta over the last 18 months and have noticed a trend of higher confidence to attend large events in rural areas as opposed to major urban centres.

“That’s why it’s really critical for the Stampede to develop their own brand with proper messaging and signaling to the province that the province is open,” Finch said.

“Most importantly the Stampede can't be perceived as what's called a ‘super spreader event’ and if it’s shown to be triggering potential increases in cases, it will dampen the start of other future events like upcoming football and hockey seasons.

Ravi Suresh who works as a clerk with Alberta Health Services went to her very first Stampede this year and says the perception of COVID-19 is changing as people get their first and second doses.

“I felt so confident coming here because the COVID-19 cases are reducing and it seems like we have a decreasing pattern of cases as more people get vaccinated with a second dose,” she said.

“I just didn’t want to miss out on the fun, especially after going through such a stressful time.”