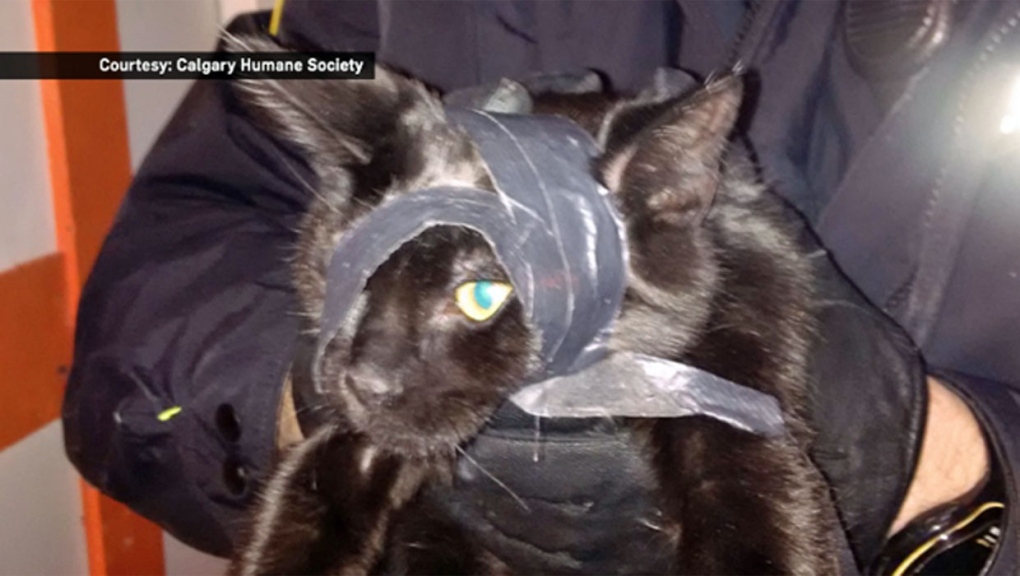 This cat suffered corneal damage as it tried to escape the confines of the duct tape. Calgary Humane Society (supplied)

A woman has been convicted after a dog and cat were found in a storage locker at a storage facility in January of 2017.

Staff at the facility had called police after hearing sounds coming from inside one of the storage units.

The dog and cat were found inside a plastic bin and the cat’s head had been wrapped in duct tape. Both animals were taken to a veterinarian who found them both to be in distress and dehydrated. The cat also suffered corneal injuries from the duct tape. The cat likely struggled violently against the duct tape and the confines of the storage bin for a lengthy period.

“This was a case of extreme negligence. The intent to keep the cat quiet by duct-taping its head was callous and extremely dangerous. That the cat was found, let alone survived this incident buried under personal effects in a plastic bin, with its head taped, is incredibly fortunate. The outright ban on owning, caring for or residing with animals for 15 years is significant,” says Brad Nichols the Calgary Humane Society’s Senior Manager, Animal Cruelty Investigations.

On May 23, Samantha Zychowski was sentenced to a 15-year prohibition from owning or caring for animals and a $250 fine.