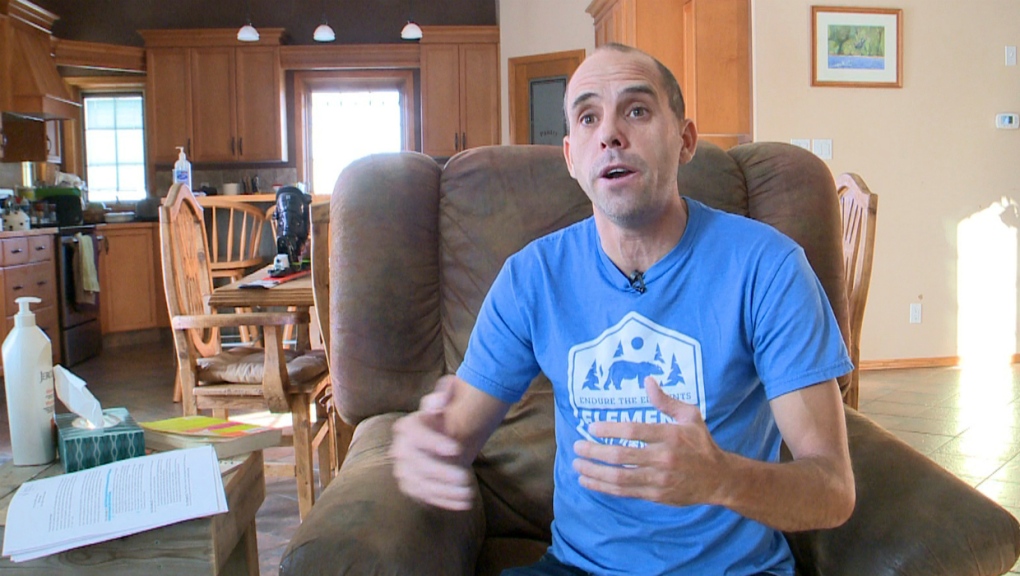 Marten Devlieger was diagnosed with CF when he was two years old. He says people who need these life-changing medicines don't have time to wait.

Marten Devlieger was diagnosed with CF when he was two-years-old. CF is a fatal, genetic disease that affects the lungs and digestive system. More than 4,300 Canadians suffer from the disease. The median age of survival is 52 years.

A U.S.-based drug company, Vertex Pharmaceuticals, has spent years developing life-changing medications that target the underlying cause of the disease, but the medications are costly and getting access to them is difficult.

Devlieger said people who need these life-changing medicines don't have time to wait.

“I wake up at night sweating and having nightmares over that I might not see my kids graduate, and yet there is help, and there’s a drug that can stop this, that is right across the line in the U.S.,” he said.

Devlieger’s sister, Karen Hamilton also suffered from CF. She died in 2018 at the age of 33.

“She never had access to these drugs. The time is now. We need change, and people could live a normal life,” he said.

For years Devlieger has been working to increase awareness about the disease and help raise funds for research. But he said he has shifted his focus, and is now advocating for the federal and provincial governments to take immediate steps so Canadian CF patients can get access to the newest Vertex drug recently approved in the U.S.

The price tag for the latest Vertex drug, Trikafta, is an estimated $300,000 per year. It will likely be another few months before the drug begins Health Canada’s approval process. The decision on whether or not to cover the drug is up to each individual province.

Three other Vertex drugs have been approved by Health Canada. The first, Ivacaftor, is effective in treating patients with a specific and relatively rare gene mutation. That drug is covered by Alberta Blue Cross for patients with that mutation.

The other two medications, which are less effective but target the most common CF mutation, are not covered by Alberta Blue Cross, although patients can sometimes get coverage through private insurance.

Devlieger said the high price tag is worth it in the long run.

“It’s still cheaper to pay for the drug, than to hospitalize people. People with cystic fibrosis are often hospitalized a lot, and I think that’s where the Canadian system is broken,” he said. “We are not looking at the whole picture, because it’s such a rare disease.”

Devlieger said the new drug is giving life back to people who had no hope, “but governments are withholding that hope.”

Marten said the CF community is small, and many patients are sick. That’s why he feels it’s so important to speak out while he still can.

“I’m going to fight for these drugs, and for the people who don’t have loud voices, until either the day I’m dead, or until the day that everyone in Canada gets access to these life-saving medications.”