CALGARY -- Doug Price owns and operates three feedlots in Alberta, including Korova Feeders in Acme and Rimrock feeders in High River which provide a hefty chunk of cattle to both the JBS meat processing plant in Brooks and Cargill plant in High River.

Cargill’s temporary closure of their High River plant nearly two weeks ago was a big blow to the industry, which found itself with thousands of cattle and no processing plant to take them to.

“It backs the cattle up because in Alberta we would process between nine to 10,000 every day,” said Price.

Cargill will re-open its doors on Monday to one shift of workers.

As of Wednesday, 821 Cargill staff  had tested positive for COVID-19, with one death.

“The estimate is by Monday there will be about 100,000 head of cattle that should have been processed,” said president Bob Lowe of the Canadian Cattleman’s association. 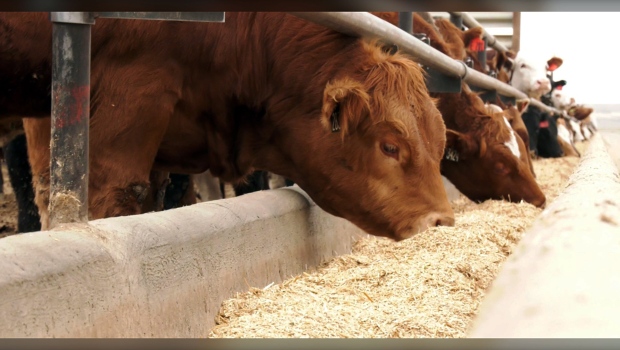 The JBS plant in Brooks is operating at half capacity with more than 270 employees testing positive and an additional death.

He typically sends up to 2,000 head of cattle to JBS and Cargill weekly.

His cattle are grain-fed with barley. Each one typically gains around a kilo and a half (three pounds) per day until they weigh around 1,400 pounds and are sent away to be slaughtered.

“We haven’t adjusted rations because we just kind of hope Cargill gets back going and this thing gets back to normal and we work our way through this excess inventory,” said Price.

Price is pleased Cargill is reopening but acknowledges it will take time before things return to normal.

“It’s not like a light switch - you don’t just turn them off and turn them on,” said Price.

“(It will) take them a while to get to full capacity, and that will still back cattle up.”

Lowe suggests its been difficult for many ranchers across the country.

“"(We've been) carrying on sort of as usual, but nobody is spending any money and (we're stuck) watching these cattle get bigger and bigger,” said Lowe.

He adds that although right now there is an endless supply of cattle, there (ultimately) will still be beef shortages at the grocery store, until operations resume fully.

The union representing workers at Cargill and JBS has called for both plants be shuttered until employees are well enough.

“This is Canada's version of Donald Trump ordering people to go to work in unsafe conditions," said Thomas Hesse, UFCW Local 401 President on Wednesday adding that the union is "pursuing every legal option available to stop the plant from reopening on Monday."

The Alberta Federation of Labour echoed the same sentiment.

“The Cargill meatpacking plant in High River should not be re-opened until the people who work there are satisfied that it’s safe to return to their jobs, said Gil McGowan president of the Alberta Federation of Labour.

“That’s not the case, so it should remain closed.”

Both plants produce about 80 percent of Canada’s beef.