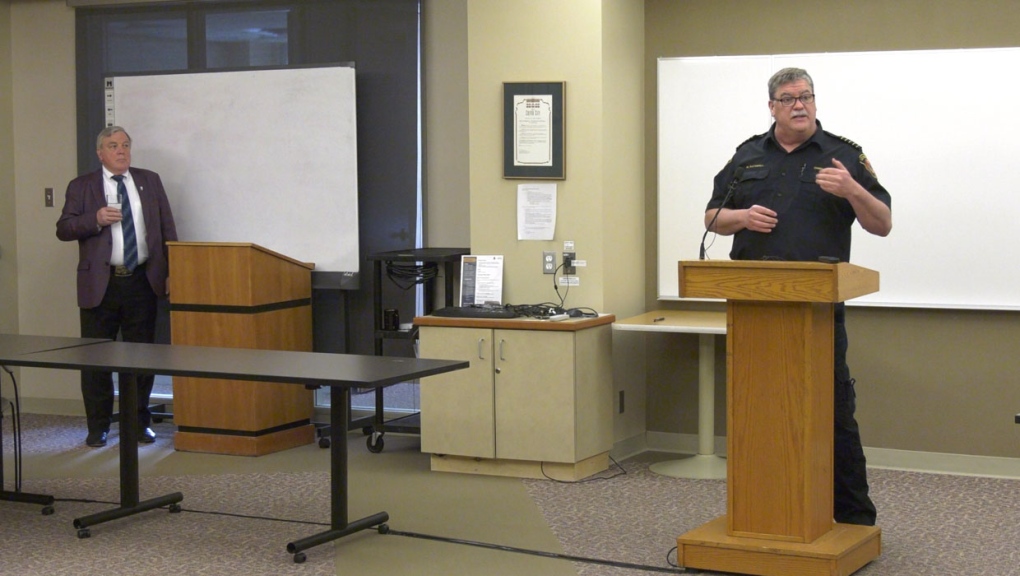 Lethbridgians will be assured that all city services will be maintained during the coronavirus pandemic.

LETHBRIDGE, ALTA. -- While the City of Lethbridge continues to work on protective measures to limit the spread of COVID-19, city hall, the Lethbridge Police Service and all fire halls are closed to the public for the foreseeable future.

That’s because the city issued a state of local emergency on Wednesday afternoon, and on Thursday, officials explained in more detail exactly what that would entail.

“This could be around getting the facilities that we need and equipment that we need. Some of those resources might be people. That’s the main reason around that resourcing piece. We needed to, not just enhance, but help in our local way, supporting the AHS directorate.”

That will enable them to secure the facilities and other resources they may need, especially when it comes to tending to the most vulnerable citizens in the community.

“Someone who is homeless and they might be showing flu-like symptoms, we want to self-isolate those folks, but that’s a problem,” Rathwell explained. “They don’t have a home, and we don’t want them in a shelter where they’re quite close to other folks, so we will get another facility to put them in to keep them isolated.”

Rathwell also stressed that despite fire halls being closed to the public, they’re still working around the clock.

“For all other emergency calls, we are still in business. 911 will get you there if you’re having a medical emergency. I can confirm that all of our fire resources are intact and ready to respond, and we’ve no decrease in manning the fireside of our business,” Rathwell stated.

Due to an increase in the volume of calls, interim city manager Jody Meli says the city is increasing its capacity to deal with the new reality.

Additionally, officials are looking into whether some staff can be deployed to Lethbridge 311 to help deal with the volume. Others may also be able to work from home to facilitate that.

Economic Development Lethbridge has already been in touch with some stakeholders to make plans that will help local businesses recover when this is all over.

“There was a conference call yesterday that involved a number of organizations, including the Construction Association, the Lethbridge Chamber of Commerce, and other business associations. They will be putting forward ideas as to how we can help the business community, practical ideas,” Spearman said.

Any businesses or residents who want to get involved in the task force are encouraged to reach out to Economic Development Lethbridge.

Premier Jason Kenney made a request Wednesday afternoon that all electricity and natural gas payments be deferred for 90 days, and Spearman says the city is looking at the logistics and financial implications of deferring all city utility bills.

City officials have also heard from residents worried about being able to pay their property taxes, and that’s another thing they will be looking at.