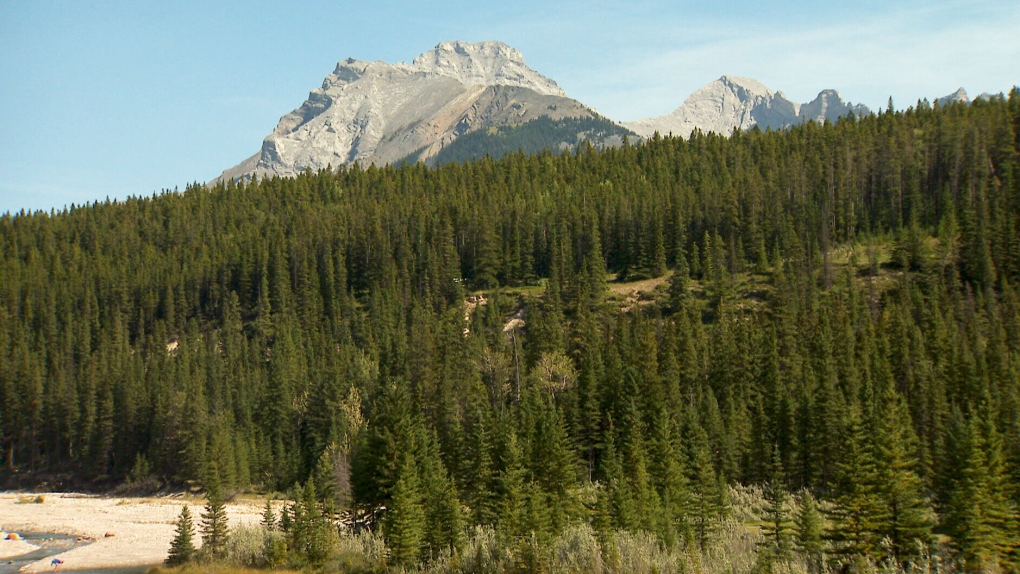 Research published this week identified the region being explored for coal mining as one of Canada's environmental "hot spots" - areas that have a high potential for recreation and which offer environmental benefits such as biodiversity and fresh water for millions downstream. (file)

EDMONTON -- At least five popular recreation areas in southern Alberta are surrounded by coal exploration plans and one of them has been partly given over to an exploration lease, raising questions about their future with lovers of the outdoors.

"We're not leaving a picnic table and a campground on the precipice of an open-pit mine," said Katie Morrison of the Canadian Parks and Wilderness Society. "I can't imagine that (parks) could continue if some of these mining plans go forward."

A provincial spokeswoman said no development will occur in the parks.

Information released this week by the province shows about one-third of the Oldman North provincial recreation area, a campground north of the Crowsnest Pass, is covered by an exploration lease granted last August to Elan Coal Ltd.

"Any development would require notification to Parks Division," said a government email. "Any exploration would be expected to avoid any entry into the (provincial recreation area), but you can see that the coal agreement does surround (and enter) parts of the park."

Morrison notes that Elan's plans show a mine pit almost on the border of Oldman North.

Exploration typically involves drilling and road building. Mine construction would only happen after regulatory review.

"No industrial development or exploration will occur within any parks or public recreation areas within Alberta," she said.

She said the Oldman North lease "lies outside the boundaries of the (recreation area) itself."

Elan did not respond to a request for information, but its website says the company is committed to good environmental stewardship.

"We acknowledge the potential of our operations to impact water resources and will employ a proactive risk management approach to water management," it says.

The five recreation areas are popular, said Neil Keown of Backcountry Hunters and Anglers. In good weather, the parking lot for Oldman North is full by 9 a.m., he said.

"From the motorized or random camping perspective, that entire region is exceptionally popular. There are hundreds of anglers that descend on that stretch at any given time."

The Alberta government is promoting metallurgical coal development. It has rescinded decades-old policy blocking activity in a large swath of the eastern slopes of the Rocky Mountains and is reopening water allocation agreements with coal mines in mind. The policy decision is facing a request for a judicial review.

"They're not being made into coal mines," he said on Nov. 30. "That's not happening. There's strong laws to prevent that and rightly so."

"(Nixon) either hasn't looked closely where coal exploration is happening in relation to these parks or he isn't lining those two things up. We can see very clearly that there's coal exploration and activity happening right around these places and they will be threatened by coal."

Research published this week identified the region being explored for coal mining as one of Canada's environmental "hot spots" - areas that have a high potential for recreation and which offer environmental benefits such as biodiversity and fresh water for millions downstream.

This report by The Canadian Press was first published Jan. 8, 2021.