A legal case questioning the province's decision to lift Alberta's school mask mandate could soon be taking another turn.

The Alberta Federation of Labour (AFL) and the parents of five immunocompromised children launched a court challenge earlier this year looking into why the province nixed the mandate in March.

The legal review resulted in the release of some internal documents, but minutes of a pivotal cabinet meeting and a presentation made during that same meeting were withheld.

Friday is the deadline for the group's lawyers to submit a challenge and push for more information to be released. If a court then rules in favour of the group, the province would be compelled to release the data.

It has previously argued the minutes and presentation fall under cabinet confidentiality.

"We are still considering our options, but we are prepared to submit an application to the court asking the justice to lift the cabinet confidentially," AFL president Gil McGowan told CTV News. "Albertans (deserve) a look at what actually happened in that important cabinet meeting when they made that decision."

The AFL -- and some legal experts -- say documents released last week suggest cabinet may have turned a blind eye to evidence supporting the mask mandate before lifting it.

Provided Alberta Health numbers showed in February that school boards without mask mandates had three times as many outbreaks as those with mandates.

Those figures were not included in an internal memo given to the premier by staffers. In fact, the memo instead begins with a line claiming "there is insufficient direct evidence of the effectiveness of face masks in reducing COVID-19 transmission in education settings."

Its opening page also alleges "existing research supporting mask use in schools has limitations that make the pool of evidence weak and the benefits of masking children unclear."

"The documents are pretty clear that they put politics ahead of the public interest," McGowan said. "(Kenney) was catering to his base rather than doing what he's supposed to do as premier, which is protecting the interest of the public." 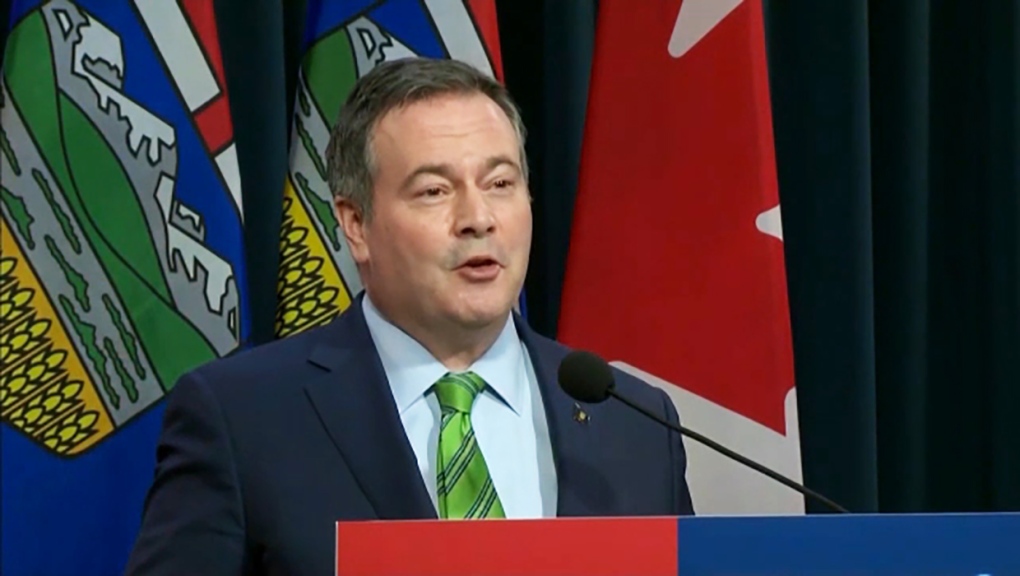 "The advice we received from the Chief Medical Officer was that there was not sufficient evidence to support mask-wearing in schools as a meaningful mitigation strategy to reduce viral transmission," Kenney said Thursday. "It did inhibit learning."

'IT DID INHIBIT LEARNING'

Kenney says there were many reasons to unmask students.

"The advice we received from the Chief Medical Officer was that there was not sufficient evidence to support mask-wearing in schools as a meaningful mitigation strategy to reduce viral transmission," Kenney said Thursday. "It did inhibit learning."

Government officials have repeatedly claimed face coverings disrupt learning and interfere with a child's development. In February, they pointed to other jurisdictions overseas that removed rules before Alberta did.

It's unclear what role the Chief Medical Officer of Health played in the decision, though the province has long argued Dr. Deena Hinshaw was guiding cabinet.

Critics disagree. Many believe valid evidence on the subject was ignored by elected politicians in favour of studies that supported existing agendas.

"I think that some of those comparative analyses are picked more for political reasons than picking jurisdictions that were on the cutting edge of science or that had epidemiologically similar conditions to Alberta," University of Calgary's Lorian Hardcastle said. "We only have very scant anecdotal evidence and speculation with the concerns about masking. There is the need for the government to be accountable, and part of that is explaining why they made the decisions they made."

If no challenge is submitted Friday, the case is scheduled to be heard again in court on August 15.