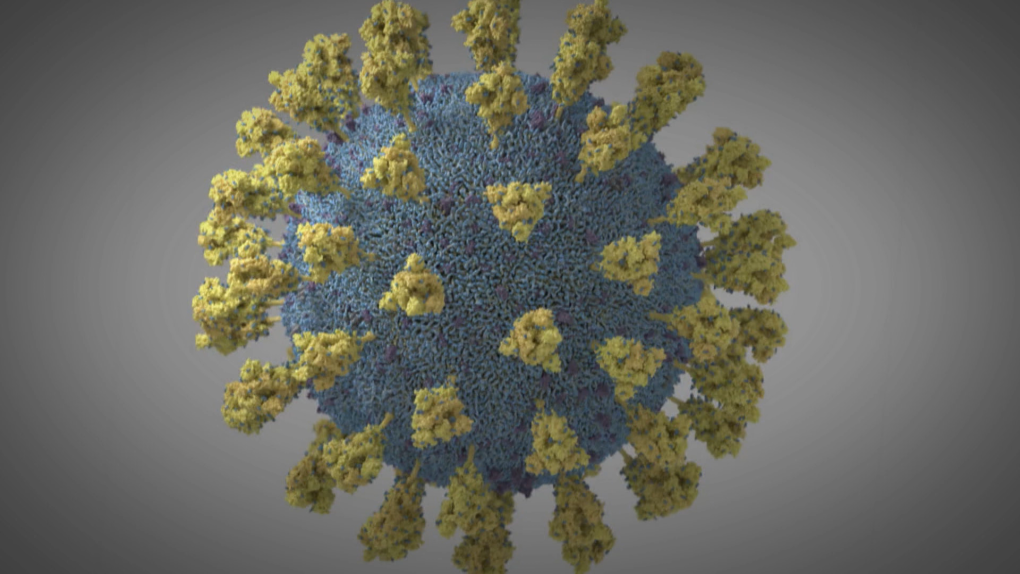 Alberta's chief medical officer of health says the variant of COVID-19 that contributed to a rise in cases in South Africa has been found in Alberta. (File)

CALGARY -- A different strain of the COVID-19 virus that originated in South Africa has been found in Alberta, the province's top doctor said Friday.

Dr. Deena Hinshaw made the announcement on social media, saying the case had been found in a person who had recently travelled.

So far, it's believed to be the only case of its kind in Canada and she says the patient is isolating themselves from others.

Later Friday evening, the Public Health Agency of Canada confirmed that the Alberta case was the first confirmed case of the variant in all of Canada.

"The individual is in quarantine and there's no evidence at this time that the virus has spread to others," she said.

Nevertheless, she says the presence of the case in Alberta is a concern to health officials.

"We are actively monitoring for these variants (and) working to protect the public's health."

Hinshaw added that Alberta's current health measures are just as effective in preventing the spread of the variant.

It's not known exactly where the case was detected in the province.

Late last year, South Africa's health department said a new genetic mutation of coronavirus had been found in the nation and was connected to a recent surge in cases there.

Experts suggest the variant is approximately 70 per cent more infectious than the common strain of COVID-19.

Alberta has detected its first case of the South African variant of COVID-19. This case involved a recent traveller. The individual is in quarantine & there’s no evidence at this time that the virus has spread to others. (1/2)

(With files from Reuters)