Angie Gerwal and her son Armann have more than a last name in common. They're also among a shrinking group of people who still haven't contracted COVID-19.

"Ultimately we do what we can, right?" said Angie, who is a nurse, "Even though we are masking that's not a guarantee we are not going to get it."

While federal health authorities can only confirm about four million cases of COVID-19 in Canada since the pandemic began, it's assumed the actual number is four to five times that, given that positive COVID tests done at home are not included in those figures.

Jared Wesley is also in the exclusive non-COVID club, much to his admitted surprise. 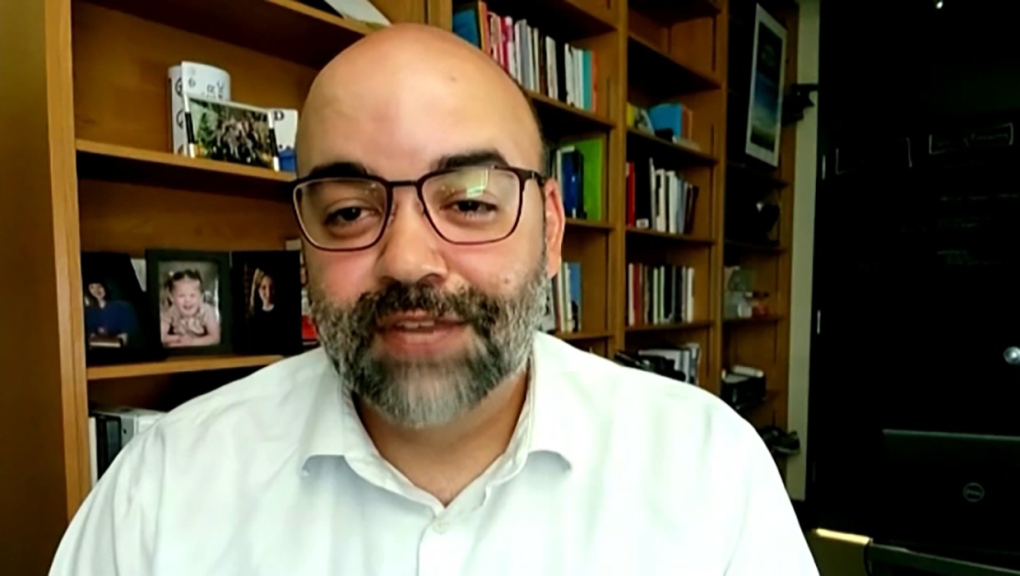 Jared Wesley is also in the exclusive non-COVID club - much to his surprise.

"We had a three-week period where one of our children was sick with COVID, "said Wesley, a professor at the University of Alberta, "The rest of us cocooned around her to make sure we weren't infecting the rest of the community. There is no scientific way that we could've have negative COVID tests in that we were in such close quarters yet none of us tested positive, other than her."

Dan Gregson is a microbiologist and professor at the University of Calgary,

He said people who've managed to avoid contracting COVID-19 probably spaced out their vaccine and booster shots properly and are still following the guidelines introduced in the early days of the pandemic.

"Generally they are people who have been very careful with their behaviour, primarily people who consistently mask when they are out in public and have a reduced number of face-to-face contact with other individuals."

That's what Janet Vandale has done.

She's a palliative care nurse and despite working in a high-risk setting, she's avoided infection - unlike those around her.

"Both of my adult children have had it and I had a sister-in law that died of it last fall," she said, "so it certainly has touched my family and all my colleagues but for some reason not me."

Gregson said the vaccines appear to be keeping most infected people out of the hospital - but just the same, society should prepare for COVID-19 to stick around for a while.

"I suspect it's going to be moving into a situation like the other coronavirus that we have," he said. "It's like the risk of a common cold for most people and for others it's a higher risk."