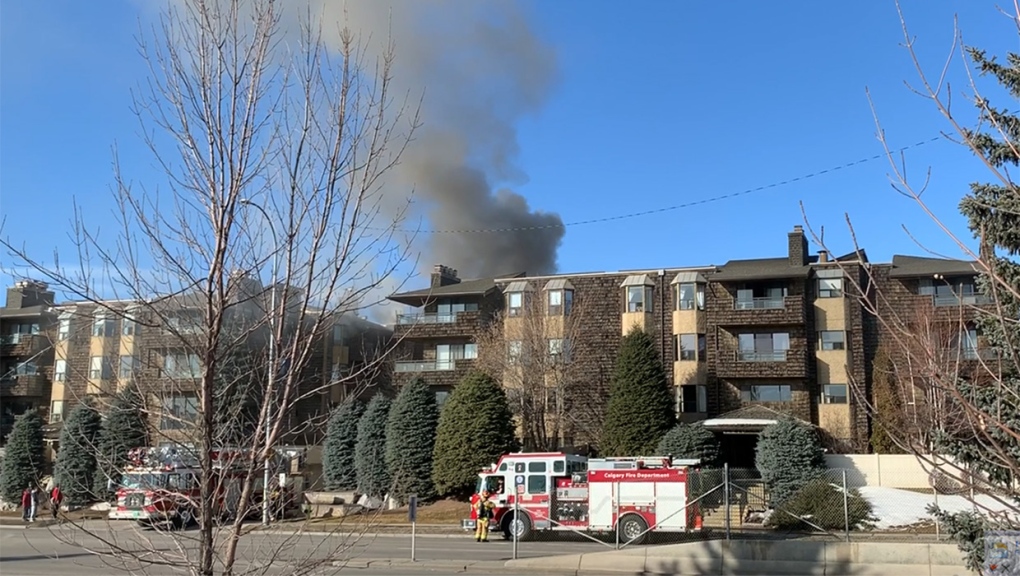 Smoke emanating from an apartment building in Varsity, west of Market Mall, on March 3, 2020

CALGARY -- Fire fighters extinguished a blaze at an apartment building in the northwest neighbourhood of Varsity Tuesday morning that is believed to have been the result of a pot left on a stove.

Crews were called to the apartment building following reports of a fire in a unit in the building in the 3700 block of 49th Street N.W.

"Shortly before 10 o'clock we received a call that there was a fire situation in a unit on the fourth floor of this building," said Carol Henke, public information officer with the Calgary Fire Department. "When fire crews arrived, flames and smoke were showing."

Henke said a person who had been in the unit where the fire originated self-evacuated from the building and was assessed by EMS for potential smoke inhalation. No other injuries have been reported.

Fire fighters battled the blaze from both the exterior and interior of the building, utilizing aerial ladders as well as a hose carried to the fourth floor.

Henke says intital reports indicate the fire was the result of a pot left on a stove, a common cause of fires in Calgary.

"It is a very common type of fire that we attend one to two times every single day in the city of Calgary," she said.

The building was evacuated during the fire response and the occupants remained displaced while crews ventilated the building and ensured the fire had not spread into the roof.