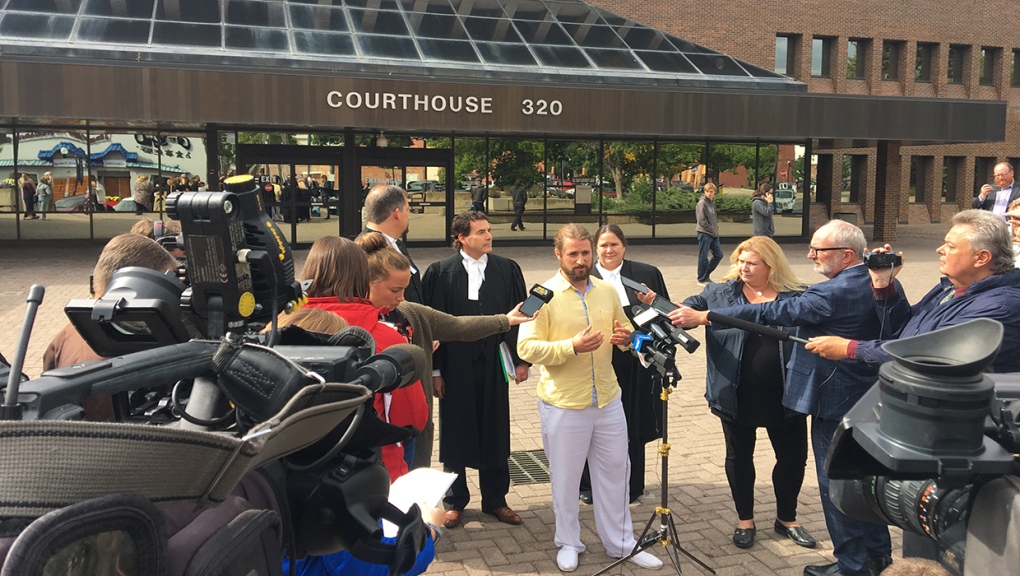 David Stephan speaks outside the Lethbridge courthouse on September 19, 2019 after he and his wife were acquitted

CALGARY – The Crown is appealing the decision in the David and Collet Stephan case after the Alberta couple was acquitted of the charge of failing to provide the necessaries of life to their 19-month-old son.

According to the notice of criminal appeal filed Oct. 11, 2019, the Crown claims Justice Terry Clackson committed several errors ahead of the Sept. 19, 2019 acquittal including:

The Crown's allegations have not been proven in court. The Crown is seeking a conviction or a new trial.

The Stephans were charged with failing to provide the necessaries of life following the death of their son Ezekiel in 2012 at the Alberta Children's Hospital. The 19-month-old had stopped breathing at the family home in southern Alberta and transported to hospital.

Ezekiel's parents believed he was suffering from an upper airway infection and they had attempted to treat it using natural remedies including garlic and horseradish.

In his decision, Justice Clackson said the meningitis-stricken boy died as a result of a lack of oxygen, not from the infection.

The Stephans were found guilty of failing to provide the necessaries of life in 2016 but the Supreme Court of Appeal granted a new trial in 2018.