LETHBRIDGE -- Alberta's new elementary curriculum may only be a day old, but it's already coming under fire from some educators and parents.

"It's deeply disappointing," says David Scott, an associate professor of education at the University of Calgary's Werklund School of Education.

Though Scott and his colleagues are still working through the 500-plus page curriculum released on Monday, he said his overall impression is that the plan moves Alberta's education plan backwards.

"It, I would say, is a very antiquated understanding of social studies that places emphasis on memorizing a lot of content," he says.

"What this curriculum represents is a shift away from the failure of so-called inquiry discovery math, for example," Kenney said. "(It's) an embrace of basic knowledge and skills."

That approach isn't sitting well with some Alberta parents.

"I'm pretty floored by it, to be honest. I don't see any rationale even to the order of what they're teaching," says Taylor Schroeter, a parent from Beaumont, Alta.

"Some of the concepts I definitely think are valuable for children to learn at some point, but not at a Grade 2 level," she said.

Part of the social studies curriculum is made up of long lists of historical dates, names and events children are to learn.

For example, Grade 2 students are asked to draw a map of Ancient Greece and learn about Genghis Khan and explain the "scale and importance of the Mongol Empire." 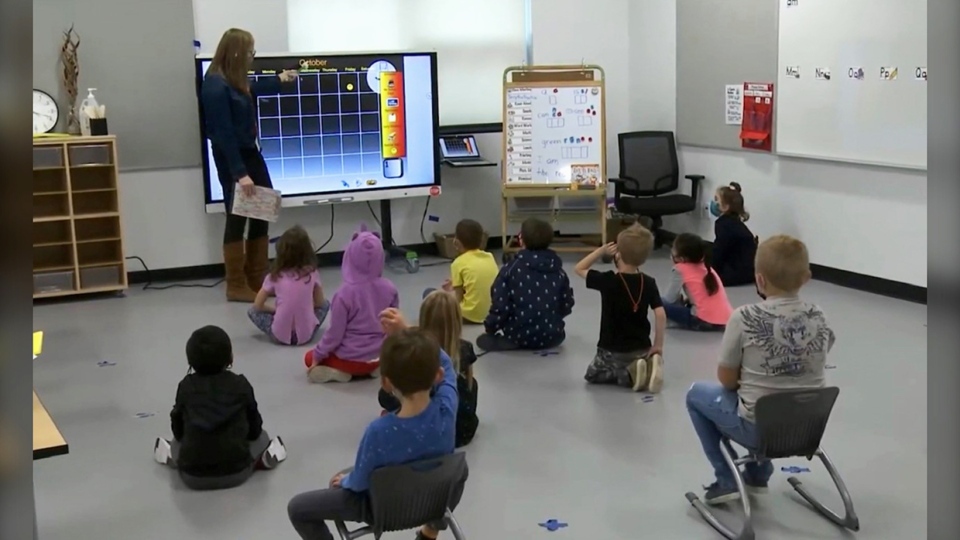 "I feel like Genghis Khan is really not age-appropriate concern for any six or seven-year-old that I know," Schroeter said.

When it comes to what's been added and, more importantly, what's been left out, organizations like Support Our Students Alberta aren't too happy.

"We're still surprised to see that there is a lot of concerning areas," said SOS communications director Wing Li.

"Particularly in the social studies curriculum when it pertains to understanding history and how we interact with each other."

Li feels there is too much emphasis on European and American history and not nearly enough on Canadian.

There's also concern when it comes to the teaching of religion in the classroom.

Students will start learning about Christianity in Grade 2, and opponents say there seems to be a lack of diversity for being such a multi-cultural province.

"The curriculum has a theme of really centering around Anglo-Saxon, Judeo-Christian, Eurocentric ideas and history," Li said.

The Alberta Teachers' Association is also concerned when it comes to the social studies curriculum.

They think there's not enough focus on local groups and communities from across Alberta.

"It really does drop the ball a little bit on our diversity in having indigenous voices and indigenous content in that curriculum," said Derek Resler, president of the Lethbridge charter of the ATA, Local 41.

Resler is also a social studies teacher in Lethbridge and believes that is something important they've missed while creating the new curriculum.

There's also concern about whether the kids are mentally prepared for some of the topics they will be taught, especially when it comes to the younger ones.

ATA president Jason Schilling feels that many of these issues could've been helped by including more teachers in the creation of the draft.

"Teachers are the ones who are going to take that and make it come to life, and to exclude their voice in this process, I think, is setting this curriculum up for failure," he said.

When asked on Monday about concerns that children may be learning about too much at too young an age, the premier says there are ways to properly teach young students of important history.

"This can be taught in an entirely age-appropriate way. I remember I was reading children's stories about great historical figures when I was in grades two and three," Kenney said.

The province plans to test out the new curriculum in some classrooms in September. It will gather public feedback before rolling out the new plan to all Alberta schools for the 2022-'23 school year.

The draft K-6 curriculum, can be read on the Government of Alberta's website.