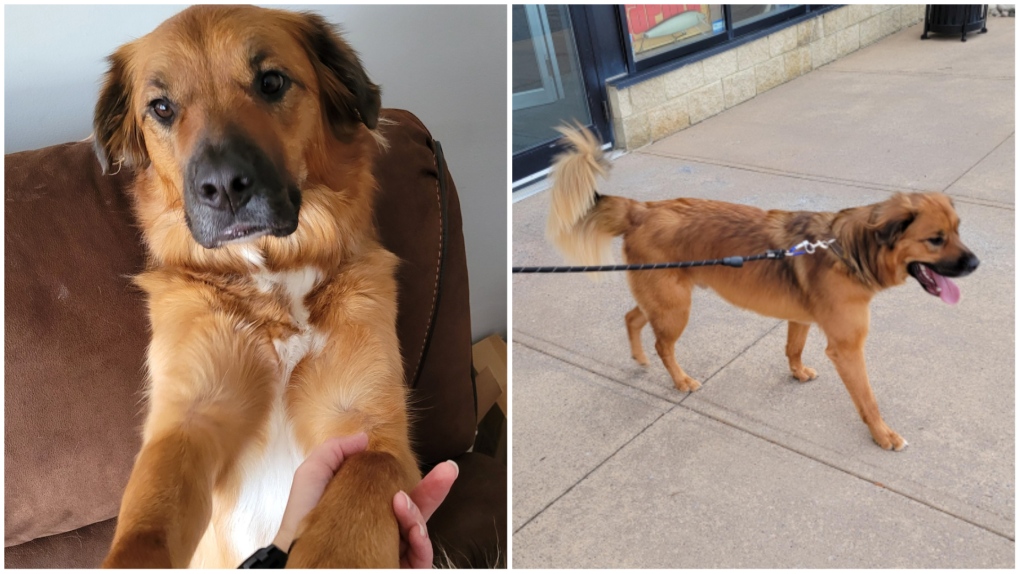 King, a St. Bernard-Mastiff mix, went missing following a break-and-enter at a home in Thorncliffe. (Supplied)

Calgary police are investigating a break-and-enter in a northwest community and the case of a missing dog.

Officials say officers were called to a home in the 100 block of 59 Avenue N.W. on Monday for reports of a break-and-enter.

As police conducted an investigation, they determined that the family's dog, a St. Bernard-Mastiff mix named King, was missing.

It's not known if King was taken from the home or got out from where the suspect or suspects forced their way inside.

There is no information on if anything was stolen.

Anyone with information about this incident, or who has CCTV footage or dashcam footage of the area, is asked to contact police by calling 403-266-1234. Tips can also be submitted anonymously to Crime Stoppers through any of the following methods: