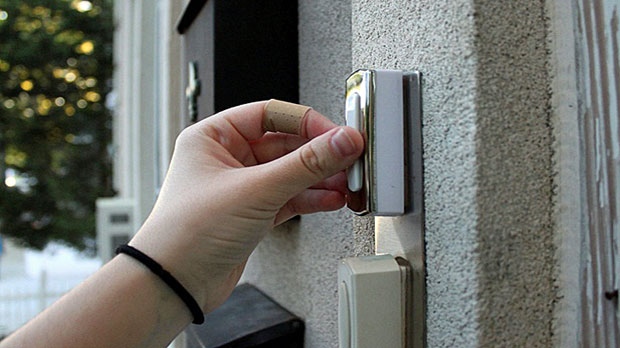 Someone rings a doorbell in this undated file photo.

An investigation into a group soliciting donations for the Children's Joy Foundation has determined that the charity is registered and that it is collecting funds for children in the Philippines.

Police issued a plea to the public for information on the group on Tuesday after residents in several northwest communities contacted them about the legitimacy of the charity.

Some residents complained that the group was aggressive when requesting donations and reported the incidents.

Police say they were able to locate the individuals associated with the Children’s Joy Foundation and an investigation revealed that the charity is registered with the Canada Revenue Agency.

They also determined that the group is collecting money for children in the Philippines and that the six volunteers are travelling across the country for the foundation.

Police have a few tips to look for from charities who solicit door-to-door: