CALGARY -- More than 130 people are signed up to speak during a two-day anti-racism hearing at City Hall. The dozens of people who started speaking Tuesday afternoon shared personal experiences of systemic racism in Calgary.

The hearing comes weeks after thousands of people took to the streets of Calgary to march in support of Black Lives Matter. City Council voted to form an anti-racism committee to engage with the community and come up with a strategy to combat racism.

“I don’t have a solution in my mind that we need to move towards,” said Mayor Naheed Nenshi.

Co-chairing the meetings is Malinda Smith, who was recently appointed vice-provost of equity, diversity and inclusion at the University of Calgary.

“When we talk about systemic racism, it’s not just to talk about racism for racism sake. Rather, we are interested in advancing racial equity or racial justice,” she said.

Smith and five expert panelists spoke to councillors Tuesday morning to share some ideas about how the city can be actively anti-racist. 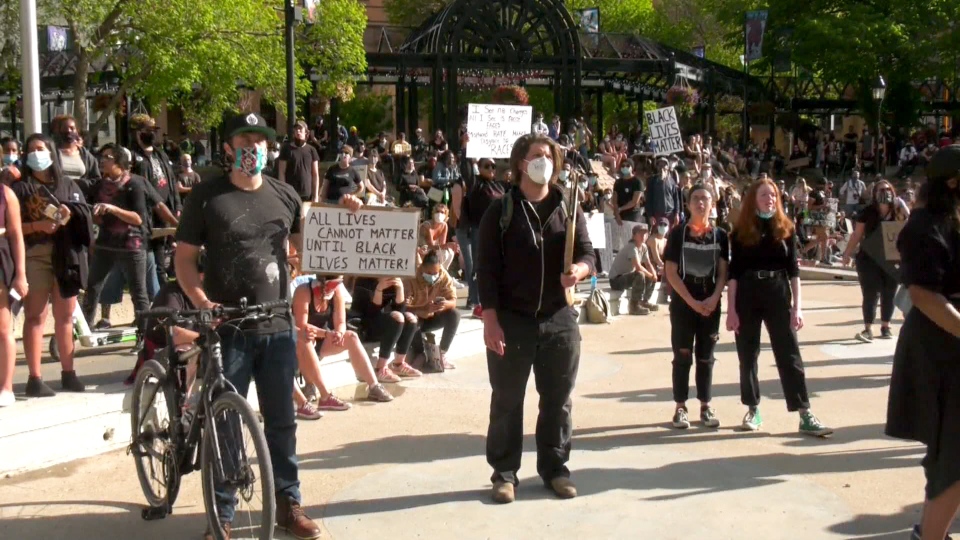 “We just need to keep demanding, as a society, to improve ourselves. To keep building on what our forefathers did and accept for sure that there are people who are not treated equitably or fairly in this society,” said Nyall DaBreo, a Calgary lawyer and member of the panel.

Most members of the public shared stories through letters, over the phone or via video conferencing.

“I was alienated and made to feel ashamed of being Asian, so at a very young age I learned to hate myself,” said Angie Chen, a young woman who spoke over the phone of her experiences of racism in Calgary public schools.

The city’s anti-racism committee will be made up of 11 members of the public and two members of city administration. The group will report back to council with its plan by the end of next year.