Alberta Health Services has announced the departure of president and CEO Dr. Verna Yiu as the health-care system shifts to pandemic recovery and renewal.

The AHS board announced Yiu as the interim president and CEO in 2016 before extending her role for another two years effective June 2, 2021.

"I have had the extraordinary privilege to lead Alberta Health Services for the past six plus years," said Dr. Yiu in a Monday news release.

"I would like to thank all staff, physicians and volunteers for their steadfast care of Albertans and their ability to put patients and families first, particularly as we have navigated through the past two pandemic years."

Yiu said she took the role in an opportunity to "further solidify" culture, teamwork, and excellence within the organization.

"I believed that we could develop better relationships with our patients and families, and with Alberta communities. I am so proud and grateful for all AHS team members as well as our advisory groups and councils, and all the foundations who support AHS."

The AHS board is now in the process of searching for an interim president and CEO.

A search committee was formed several months ago, and AHS says the group has already started a search process.

The board has asked Mauro Chies, vice president of Cancer Care Alberta and Clinical Support Services, to serve in the role of interim CEO on a temporary basis.

Board chair Gregory Turnbull says they expect an "orderly transition."

"We are very grateful for Dr. Yiu’s tireless leadership through the worst days of the pandemic, and we thank her for her years of dedicated service and commitment to AHS and to Albertans," said Turnbull.

AHS confirmed to CTV News Yiu’s salary was brought up last year to $573,841 and her severance will be 12 months pay.

NDP health critic David Shepherd responded to the announcement on Monday by saying the UCP has pushed the public health-care system in Alberta "into even deeper chaos."

"Their decision to fire Dr. Verna Yiu comes at a critical time for our province and for public health care in general," said Shepherd.

He said Yiu was a "consummate professional" who capably managed the province's hospital system during the COVID-19 pandemic, some of the most difficult years in the history of Alberta.

"Albertans have seen the candor that she brought to COVID briefings – a willingness to tell the truth that we certainly did not get from our ministers of health Tyler Shandro or Jason Copping."

I was proud to work with Dr. Verna Yiu. She was the longest serving CEO in AHS history. She is whip smart, provided steady leadership and led with empathy. Her firing is a huge blow to AHS and public healthcare in Alberta. #ableg #abpoli #abhealth
Stand up to extremists.

Sheppard said he can't help but wonder if Yiu's "habit of giving Albertans the straight goods is part of, if not the chief reason, the UCP has fired her."

"She's been targeted by the extremist factions within the UCP, MLAs who opposed even the most basic health measures, who believed the hospital system should have endless capacity to deal with the runaway spread of COVID throughout the province.

Sheppard said it's clear that Yiu put the health and wellbeing of Albertans first during an unprecedented health crisis.

"Apparently under the UCP that's a fireable offence."

Alberta Health Services is now without a CEO.

This will create further chaos in public healthcare with a UCP Government at the helm that is fixated on privatization and undermining workers.@DShepYEG will speak at 11:30 a.m. Watch here: https://t.co/2WyTQtzKDJ #ableg #abhealth

MINISTER COPPING THANKS YIU FOR HER LEADERSHIP

In a statement sent to CTV News on Monday, Health Minister Jason Copping said he wanted to thank Yiu "for her leadership over the past six years."

"It's time to move forward with an ambitious agenda to improve and modernize the health system, and renewed leadership in Alberta Health Services will support delivering those changes," he said.

Copping says the AHS board has been planning "for some time" to start the recruitment process for a new CEO at the end of Yiu's extended term.

"The agreement with Dr. Yiu that the board announced today will bump up the timeline for the transition and help the system move forward," he explained.

"We promised Albertans better access to surgery and a stronger publicly funded health system with better access overall. The pandemic has changed the timelines but it hasn't changed the goals. They're multi-year commitments and we need to move forward on them, supported by renewed leadership at AHS."

'PREMIER'S FINGERPRINTS ALL OVER IT'

One public healthcare advocacy group says this move was not a board one, but a political one.

“We think this has the premier's fingerprints all over it,” said Chris Gallaway, executive director of Friends of Medicare.

“We think it's a political move, to justify their privatization agenda they’ve made that agenda very clear through the budget.”

AHS confirmed that Yiu will receive a one year severance package, which equated to her annual salary of $573,841.

This is only a stipulation in her contract that occurs if she is fired “without just cause.”

"It is outrageous that the UCP government would politically interfere with the functioning of AHS in this arbitrary and mean spirited way," said Dr. James Talbot.

"Dr Yiu is one of the finest physician administrators in Canada and one of the smartest, most decent and effective CEO’s I have ever known. For a government to have the captain of a ship that brought it safely into port, through a one in a hundred year storm, walk the plank is despicable. It only proves that the UCP considers AHS to be their own personal toy instead of treating it with the respect due to a precious resource that is vital to the health of all Albertans." 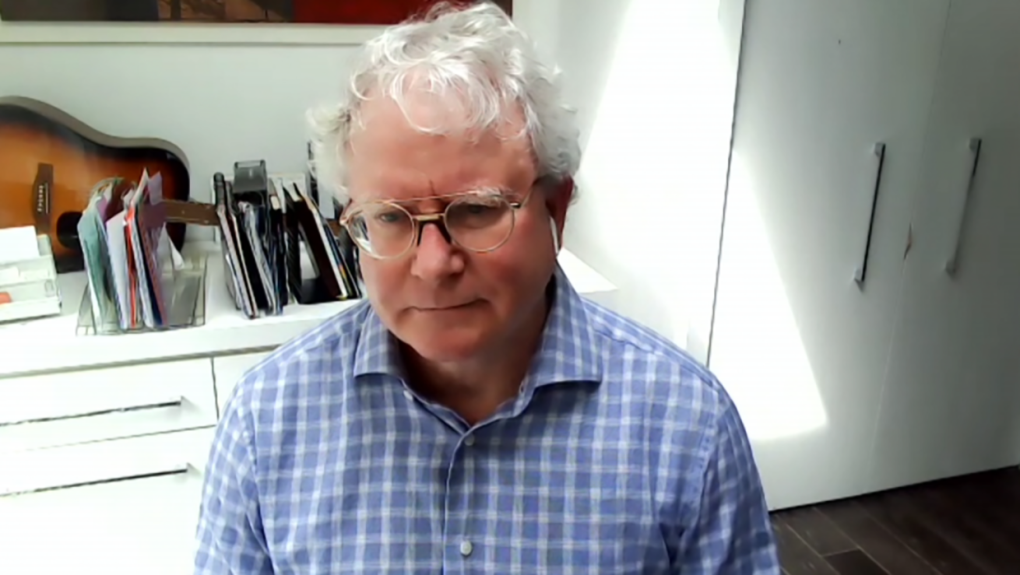 "We need a government that stops politically interfering with our health care system," Talbot said, continuing, "and allows AHS to do the hugely important job we all need it to do. It is clear to anyone who has watched the events of the last two years that Dr. Yiu is better at her job than the Premier and the UCP are at theirs. Perhaps they should “resign” or better yet, we could fire them."

"The relationship between Alberta Health Services and Alberta Medical Association is an important one," they wrote. "Dr. Yiu has been a strong partner and supporter of quality patient care in good days and also when times were more difficult.

"All Albertans witnessed her leadership during the COVID pandemic as a champion of public health measures and a passionate proponent of vaccine acceptance. We thank her for her long service leading one of the largest organizations in the country."

"The relationship between Alberta Health Services and the Alberta Medical Association is an important one. Dr. Yiu has been a strong partner and supporter of quality patient care in good days and also when times were more difficult. 1/3