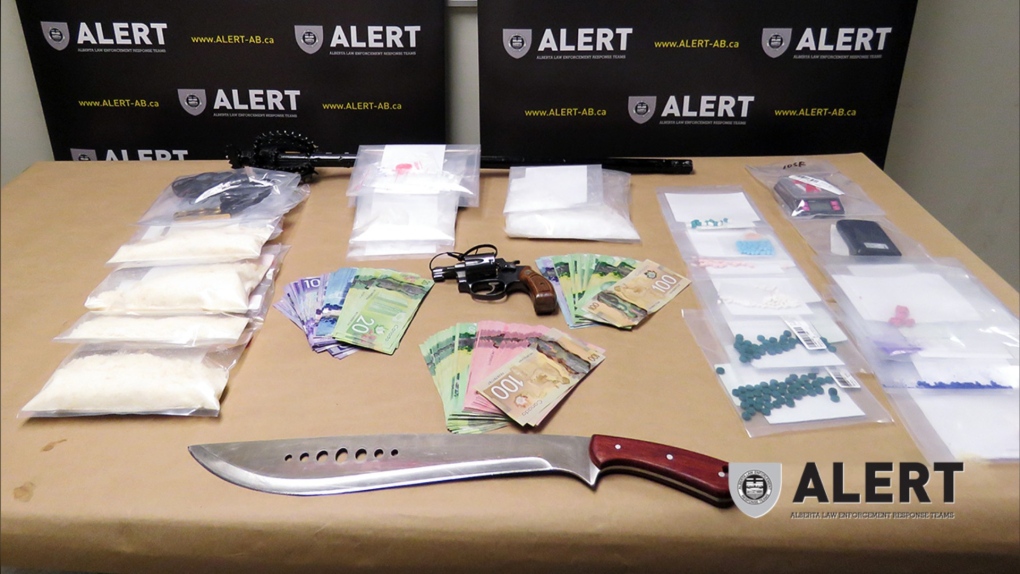 Police in Lethbridge seized drugs, weapons, cash and stolen property from a home and vehicle.

Lethbridge police have charged two people after seizing drugs, guns, cash and stolen property from a vehicle and home in the Indian Battle Heights neighbourhood.

Members of the Alberta Law Enforcement Response Teams (ALERT) organized crime and gang unit made the bust on July 26 where they found drugs with an estimated street value of $75,000, including:

A loaded revolver and stolen property were also recovered.The firearm had its serial number removed and will be submitted for analysis.

Myers was also charged with possession of a firearm while prohibited.

Anyone who suspects drug dealing in their neighbourhood can contact their local police or contact Crime Stoppers at 1-800-222-8477.