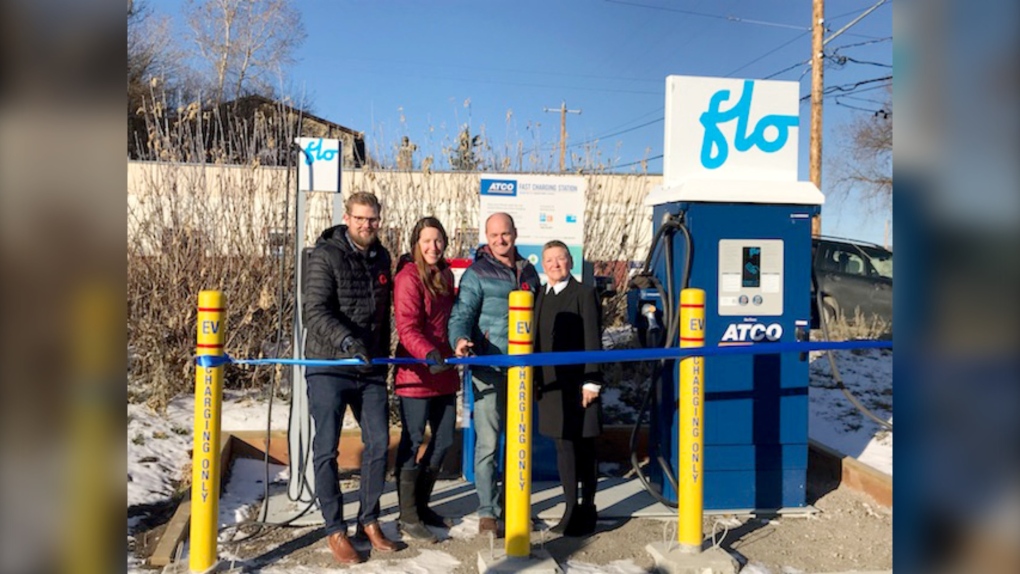 CALGARY — The range of travel for electric vehicles was expanded in southern Alberta on Friday with the opening of charging stations in the communities of Pincher Creek, Nanton and Longview.

Owned and operated by ATCO, the stations will be powered with the equivalent of renewable energy.

The network is part of the Peak to Prairies Project, a two-year, $2.2 million collaborative initiative developed and funded by the Alberta SouthWest Regional Alliance, SouthGrow Regional Initiative, City of Calgary, City of Lethbridge, City of Medicine Hat and Medicine Hat College.

The purpose is to establish an EV charging network across southern Alberta, connecting communities from Crowsnest Pass to Medicine Hat, Pincher Creek to Calgary, and west to Canmore.

The goal is to see 21 fast-charging and Level 2 stations installed by the end of 2019, connecting more than 1,100 kilometres of highway. 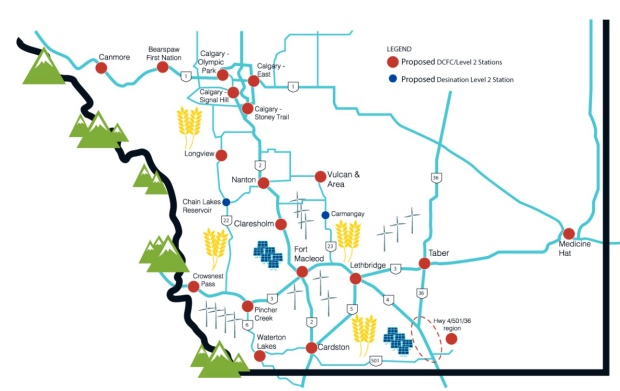 “The downtown core of Pincher Creek is off the main highway, so we are thrilled that this infrastructure will encourage EV travelers to explore the many great eateries, cafes, shops and cultural landmarks the community has to offer,” said Pincher Creek Mayor Don Anderberg

The two-year, $2.2 million project is funded by Alberta SouthWest Regional Alliance, SouthGrow Regional Initiative, The City of Calgary, City of Lethbridge, City of Medicine Hat and Medicine Hat College in partnership with the Federation of Canadian Municipalities’ Municipalities for Climate Innovation Program. The project is facilitated by the Community Energy Association.