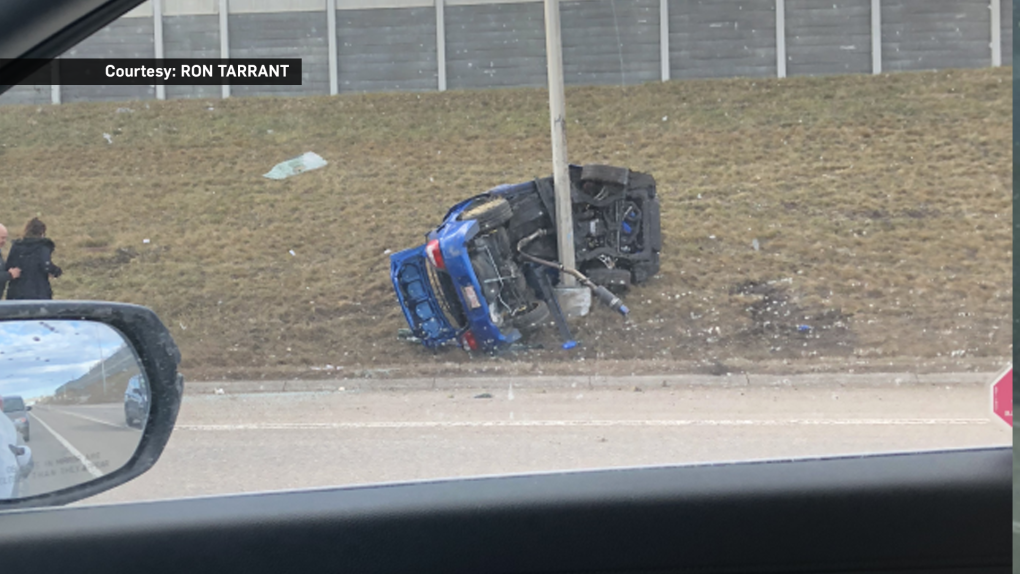 One person was killed and a second person injured in a crash on Deerfoot Trail near 130 Avenue on Nov. 17, 2019. (Courtesy: Ron Tarrant)

Emergency crews responded to a location near the 130th Avenue – Deerfoot Trail interchange shortly after 2 p.m. after a southbound vehicle left the road and struck a light standard.

The driver, a man in his 50s, was pronounced dead on scene.

A woman in her 20s was transported by ambulance to hospital after suffering serious injuries in the crash.

According to police, excessive speed contributed to the fatal collision.