CALGARY -- Eleven Grade 3 students on a field trip from Mckenzie Towne school, several parent volunteers and a Calgary Tower staff member now know why they found themselves stuck for over an hour in an elevator Tuesday.

“A safety device stopped the elevator from moving when it detected a problem with a safety switch,” said Dean McKernon, Vice President of Operations for the Alberta Elevating Devices Amusement Rides Safety Association.

The association said they were aware of the issue and working with the Calgary Tower to return the elevator car back to service.

“The faulty part will be replaced and tested prior to the device returning to service,” said McKernon.

None of the students, staff or parents were injured in the incident.

A spokesperson for the Calgary Board of Education said the car was about one metre off the ground when it stopped working.

In a statement, the CBE said, "At this time there are no plans to cancel any trips to the Calgary Tower," adding that, "We have been informed that the elevator in question had already been cleared for public use by the elevator maintenance staff."

“They have to sort it,” said Berezowski. 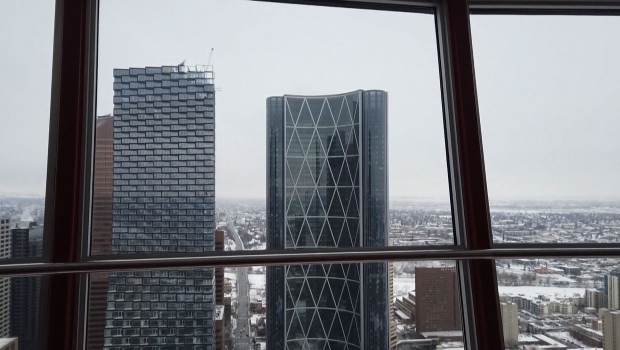 In July 2019, an elevator suddenly plunged several stories at the tower, with eight passengers inside. An investigation found two of the elevator's six cables snapped and caused the car to fall.

That incident caused the tower to shut down temporarily while the elevator was repaired. The Calgary Tower reopened to the public in November.

Officials said the elevators were thoroughly inspected and all of the mechanical issues addressed.

”This is not related to the issue that caused the previous problems,” said McKernon.

CTV News has reached out to the tower for comment on several instances, without reply.