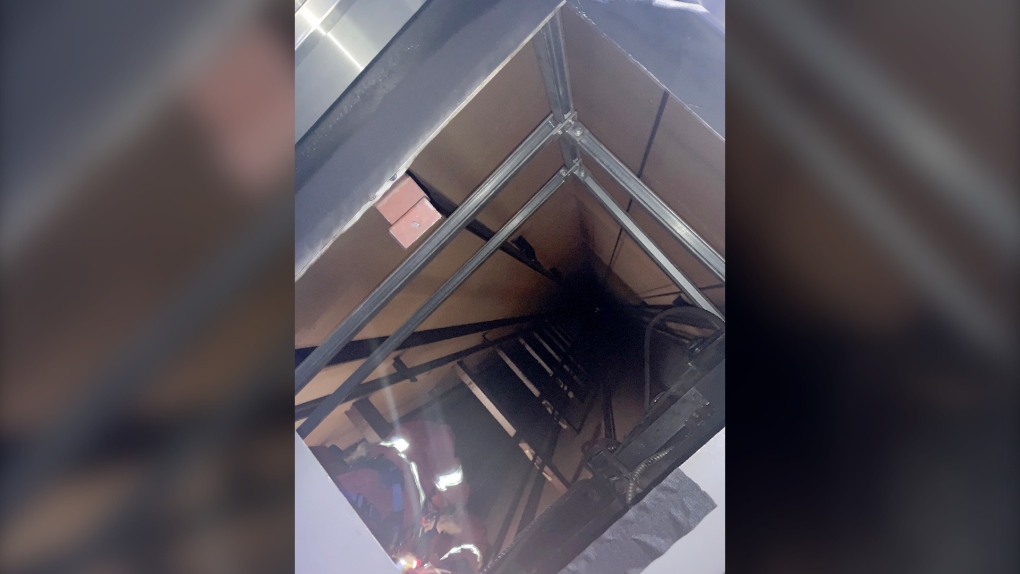 A preliminary investigation has shown two of six elevators cables snapped, sending it plummeting several floors with eight people inside.

Two of six cables snapped in a Calgary Tower elevator on Friday, sending it plummeting several floors with eight people inside, a preliminary investigation has revealed.

The incident happened Friday evening when the group entered the elevator headed to the observation deck.

Makayla Lalonde was one of those inside and said they heard a loud screeching noise then banging before the elevator dropped to the fourth floor.

The group was stuck inside for about three hours until members of the Calgary Fire Department’s Technical Rescue Team arrived. Using harnesses, each person was lifted through a scuttle hatch and transferred to another elevator car, which was safely lowered to the ground floor.

Those already on the Observation Deck had to use the stairs to get down.

The Calgary Tower remains closed while the investigation continues and will re-open, “when we are satisfied that our elevator systems are functioning reliably," reads a release.

Tower officials apologized to those affected, saying they are “truly sorry for the experience of the guests involved and any distress it may have caused.”