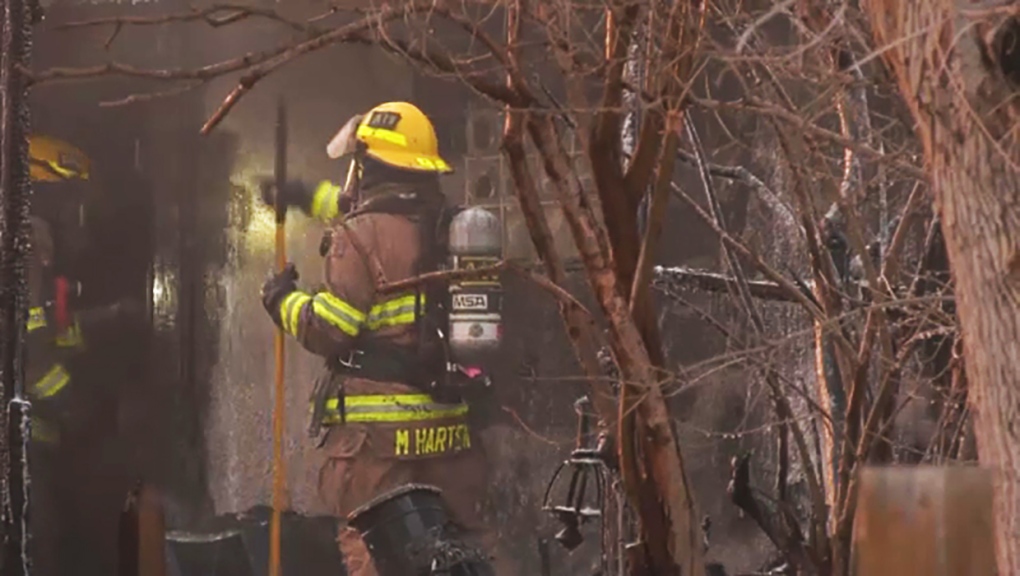 Fire crews responded to a two alarm fire in southeast Calgary late Thursday afternoon. No one was injured in the fire.

The first responding crews arrived to discover a substantial amount of smoke and flames coming out of a single storey residence.

Two occupants left on their own while crews recovered a cat that had gone missing.

A second alarm was called because of challenging fire conditions, including downed power lines and a flowing natural gas line. Crews were able to bring the fire under control quickly, but there was substantial damage done to the home and some damage done to a neigbour's home as well.

There were no injuries. Calgary police, AHS, ATCO and Enmax crews were on hand. Fire crews, including an investigator, remain on scene to make sure everything is OK and to determine the cause of the fire.

Fire officials would like anyone with information about the fire to email them at piofire@calgary.ca.