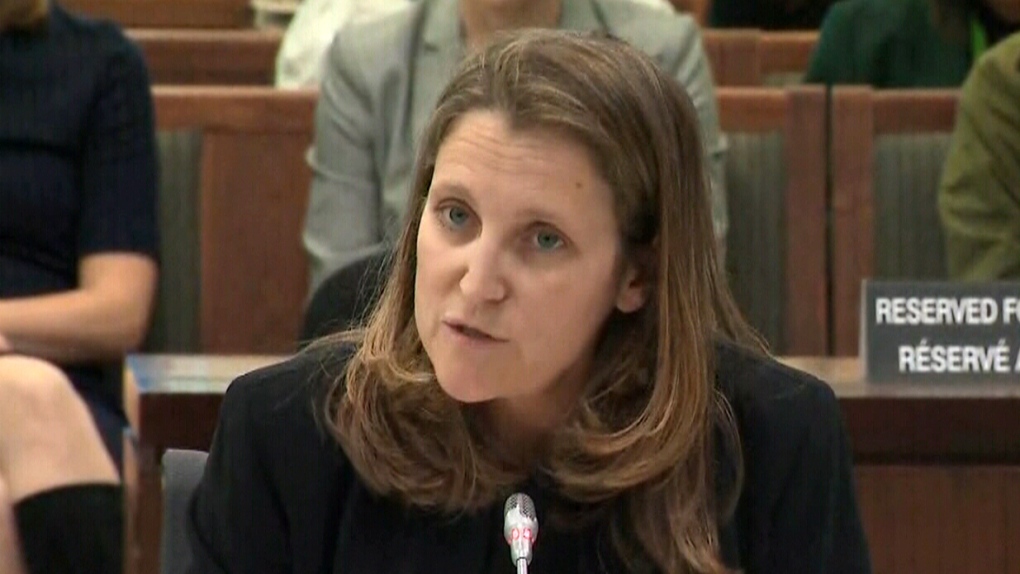 Foreign Affairs Minister Chrystia Freeland is in Calgary on Friday to discuss the new NAFTA agreement.

Minister of Foreign Affairs Chrystia Freeland was in Calgary on Friday to meet with workers and businesses to discuss the new North America Free Trade Agreement (NAFTA).

On Friday morning, Freeland met with staff at Tenaris, a manufacturer of tubing for the energy sector and toured the Calgary facility.

Freeland said Alberta is her home province and the energy sector is important to her as is the steel and aluminum industry across Canada.

"We worked closely with this industry, with the Canadian steel sector, also with the energy sector, on NAFTA and during our NAFTA negotiations and we worked closely together in our fight to get the 232 tariffs on steel and aluminum lifted. I am so delighted that we succeeded, thanks to our united and collective effort, in getting those tariffs lifted."

Freeland will take part in a roundtable discussion on trade and the new NAFTA deal with representatives from the agriculture industry on Friday afternoon.

In order for the deal — which was reached in late September and signed in November after nearly 14 months of negotiations — to come into force, it needs to be ratified by all three countries in their respective legislative bodies. Mexico has already ratified the new NAFTA.

Canada and the U.S. have not, however, with the U.S. House of Representatives now on its summer break.

Prime Minister Justin Trudeau said in late July that means the deal won’t be ratified until the fall.

The agreement has been heralded as a win by all three countries although concessions were made, including on access to Canada's supply-managed sectors.

Since the signing, all attention has been focused on ratification given that the existing NAFTA will remain in place until its revamped version is fully ratified.