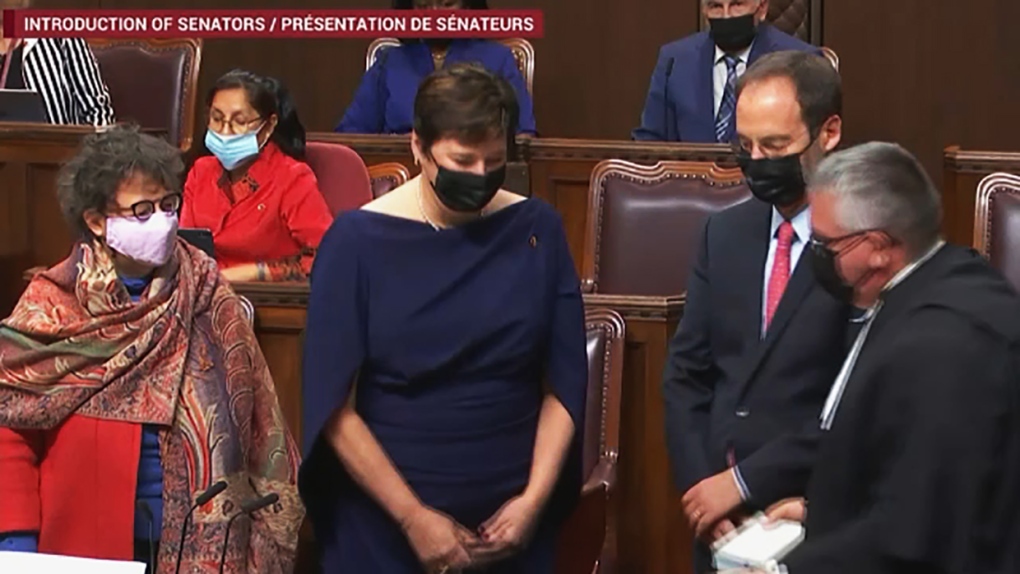 Alberta's newest Senator is now officially on the job. Former long-time Banff mayor Karen Sorensen was sworn into the upper chamber Tuesday, in a ceremony in Ottawa, where she was accompanied by another Alberta Senator, former Edmonton Journal columnist Paula Simons.

Welcome to the Senate, Senator @Karen_Banff.

The 62-year-old Sorensen stepped down from Banff council after being appointed by Prime Minister Trudeau back in July.

Sorensen was among eight Canadian senators being sworn in Monday.

She was first elected to Banff town council in 2004, serving six years as councillor and the past 11 as mayor.