From hoof to muzzle: Chuckwagon wellness and safety measures 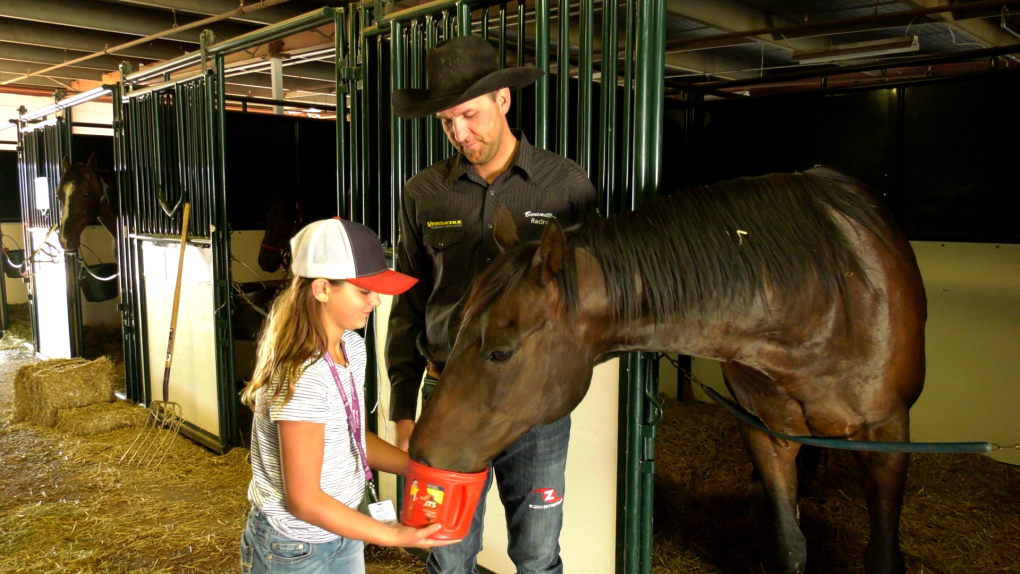 Kurt Bensmiller and his daughter Harlee are feeding his horses based on their food sensitivities.

New measures at the Calgary Stampede aimed at keeping chuckwagon horses healthy and happy is targeting what’s beneath their hooves and in their troughs.

Earlier this year, the Calgary Stampede performed seismic tests on the track to ensure ground stability and at least one chuckwagon driver is testing his horses for food sensitivities and making changes accordingly.

“I’m all about the health of the horses, besides doing their feed we have chiropractors and massage therapists,” said Kurt Bensmiller.

Bensmiller is not the only chuckwagon driver to use these therapies on his horses.

The hair follicle test to detect food sensitivities was new for Bensmiller and he had a company test 15 of his horses.

“He knew that some of the horses weren’t running optimally and he thought it was due to digestive issues,” said Lucy Mrakawa, Co-founder of BeDoWell.

The test showed some horses did have food sensitivities. Ironically one name Quaker couldn’t handle oats.

“I took him off oats,” said Bensmiller. “It’s just allowed me to progress to be a little more specific for the horses.”

The Calgary Stampede says it got a little more specific about the subterranean condition of the track with seismic testing.

“Really what it showed us was it is very consistent all around and that’s very, very important as we see the wagons going around the track that they are running on consistent ground.”

“So their experience out on that track if something were to happen would definitely come into play, because they have the understanding of chuckwagon horses, how the horses are hitched together.”