OYEN, ALTA. -- Alberta Premier Jason Kenney called the news of the cancelled Keystone XL project “a gut punch” and perhaps nowhere is that being felt more immediately than in Oyen.

The small Alberta town, which is located about 300 kilometres east of Calgary, had been experiencing a mini economic boom during construction of the TC Energy Corp. project.

In October last year, the town’s population doubled to 2,000 people as energy workers moved in. But, since President Joe Biden signed the executive order Wednesday, hundreds of people have already left.

“It was bang! I think that’s what took everyone by surprise here,” said Doug Jones, Oyen’s mayor. “You don’t see near the traffic around here now you did when you were here last summer.”

Jones says the influx of people brought a multi-million dollar boost to the town, with workers renting out rooms and ordering from restaurants.

“Keystone XL was a huge bright spot for our communities and businesses,” said Wanda Diakow, the economic development officer for the rural municipality. “At it’s peak last fall, over $100,000 was being received in rental income alone each month.” 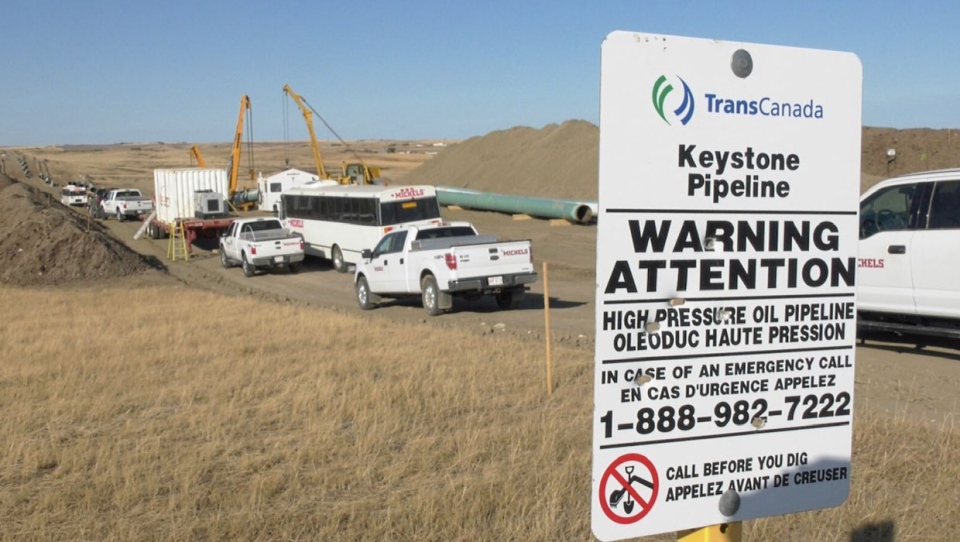 It was a boost that was badly needed during a pandemic.

“I don’t know what we would’ve done otherwise,” said Debbie Schiebelbein, the owner and manager of Debmart Cafe.

She said the daily visits from dozens of workers picking up food and drinks allowed her to keep the cafe open.

“We’ll be sad to see everybody go,” she said.

However, Jones says there is still optimism that the project can be restarted if political pressure succeeds.

Kenney publicly urged Prime Minister Justin Trudeau to communicate the importance of the project to Canada’s energy sector to Biden at the earliest opportunity.

TC Energy Corp. announced Thursday it is eliminating more than 1,000 jobs tied to the project.

“This is a very disappointing day for us, and for the small businesses and entrepreneurs who were benefiting from this project,” Diakow said.