Helmets no longer mandatory for turban-wearing Sikh motorcyclists in Alberta 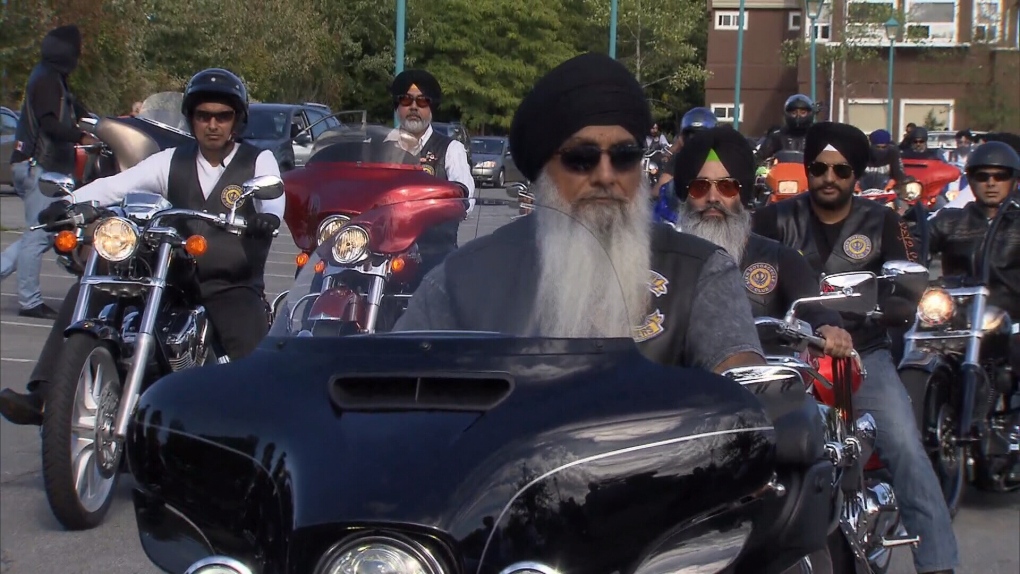 Members of the B.C. Sikh Motorcycle Club participating in a charity ride in 2016 (file)

Effective April 12, 2018, Sikhs over the age of 18 will be permitted to operate or be a passenger on a motorcycle without a helmet in Alberta.

"The Sikh community has urged us to grant this exemption in recognition of its civil rights and religious expression," said Brian Mason, Alberta's Minister of Transportation in a statement. "Our government is committed to these principles."

The province's Traffic Safety Act is being amended to reflect the exemption.

Baltej Singh Dhillion, the first RCMP officer to wear a turban, applauds the move. "The decision by the Government of Alberta to allow Sikhs to be able to ride their motorcycles without having to remove their turbans, which is an integral part of the Sikh identity, demonstrates a deep respect for the traditions and customs of the Sikh community," said Dhillon in a statement. "This exemption is a testament to the Government of Alberta's continued commitment to respecting diversity and religious rights of all Albertans."

In 2014, Ontario announced it would not provide a helmet exemption to turban-wearing Sikhs.

Premier Kathleen Wynne outlined her reasoning in a letter to the Canadian Sikh Association. "After careful deliberation, we have determined that we will not grant this type of exemption as it would pose a road safety risk," she wrote in the Aug. 14, 2014  letter. "Ultimately, the safety of Ontarians is my utmost priority, and I cannot justify setting that concern aside on this issue."