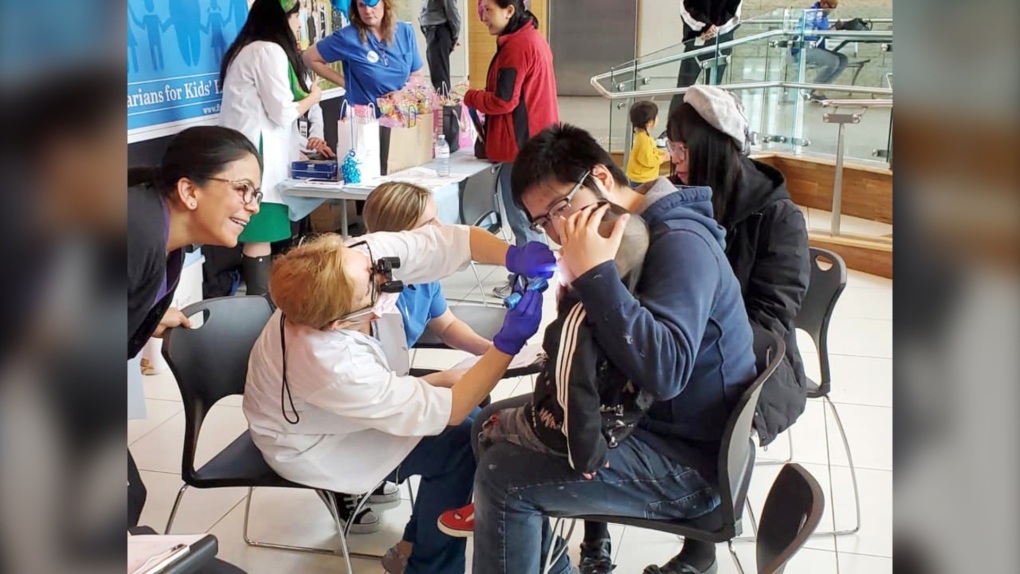 Of the 97 children who received a dental screening at a weekend event, nearly half had visible decay. (Calgarians For Kids’ Health)

Nearly half of children who received a free dental screening at a weekend event in Calgary hadn’t seen a dentist in the previous year and had visible decay, according to the group behind the event.

Free dental screenings were offered at the Genesis Centre on Sunday by Calgarians For Kids’ Health.

Further, the group said 34 per cent of families who attended the screenings don’t have dental coverage.

“I was surprised to see how many parents were unaware that the City of Calgary ceased water fluoridation in 2011, and how concerned they became once being told,” said Sajjad Fazel a research associate with Alberta Health Services, in a release.

The city opted to stop fluoridating its drinking water in 2011 following a council vote. At the time, it was costing the city about $750,000 per year to fluoridate the water.

Council voted in February in favour of a study looking at the health benefits of fluoride, which is expected to be completed in July.

A University of Calgary study conducted in 2016 determined that the removal of fluoride from water had been detrimental to the dental health of children. The research found that the average kid in Calgary developed more than five new cavities, while over the same time period their Edmonton counterparts only increased by three.

Should the city elect to reintroduce fluoride in the future, it’s estimated the necessary upgrades to the dormant fluoridation system would carry a $6 million price tag.