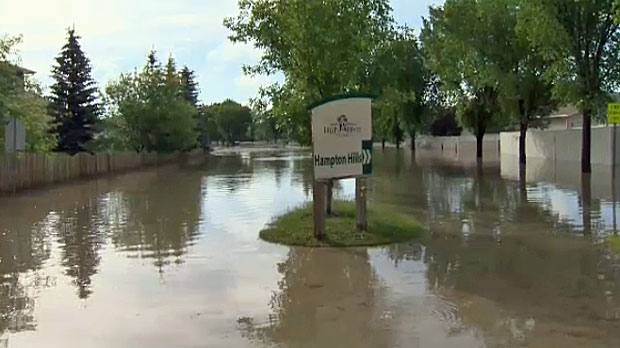 RCMP are looking into an early morning act of vandalism in a High River neighbourhood that is still struggling to rebuild after the floods in June.

Police say that three residences in Hampton Hills were entered in the early morning hours of September 18, 2013.

RCMP officers were on a patrol of the neighborhood and noticed that several of the outhouses were tipped over.

They checked the area and found that someone had entered three residences.

Two of the homes have not yet had any cleaning done to them and the third is in a stage of repair.  The residence under construction had some spray painting in the basement.

Police believe that the house prowlings happened shortly before they noticed that the outhouses were tipped over.

RCMP received a report from a resident in the community that said the outhouses may have been tipped over by the company responsible for them and that she noticed people cleaning and tipping them over and inquired what they were doing. Police say they are working to confirm this information with the company.

Investigators say witnesses saw two youths in the area but they were unable to provide a further description.

Police have not located any suspects and are asking for the public for help.