'I See You ICU:' Albertans express gratitude for health-care workers at Thanksgiving

'I See You ICU:' Albertans express gratitude for health-care workers at Thanksgiving 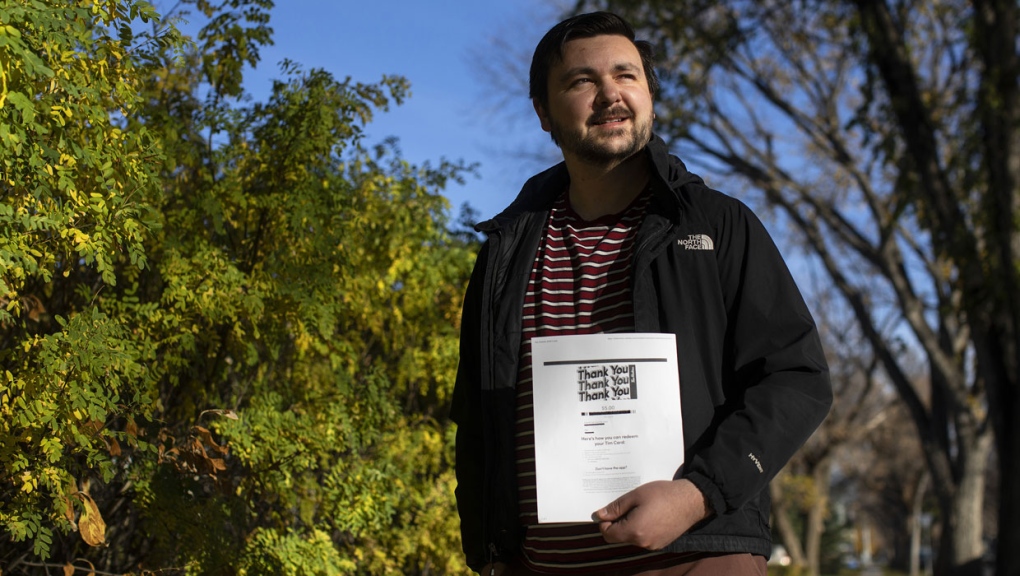 Chad Ohman holds one of the gift cards he will be giving to ICU doctors, in Edmonton on Friday, October 8, 2021. Chad Ohman has been distributing gift cards to ICU doctors since September and he plans on doing more of this for Thanksgiving, THE CANADIAN PRESS/Jason Franson
EDMONTON -

Hundreds of Albertans are sending coffee, gift cards and Thanksgiving meals to those working in intensive care units overwhelmed with COVID-19 patients.

J'Val Shuster says she and her staff at Devour Catering will be delivering turkey dinners to 200 nurses, doctors and health-care staff at four Calgary hospitals on Sunday andmore meals are to be delivered in the days to come. People have been paying $15 a meal through the company's “I See You ICU” drive.

“Nurses (have said) even if they don't get the meals, they're very uplifted just by the fact that people are showing their support and wanting to do something.”

Shuster said she began the idea last month as she struggled to keep her business afloat. Support has been so overwhelming, she said, she has had to temporarily stop taking meal orders.

“We're going to co-ordinate with all the departments at what frequency they want the remaining ordered meals. We can't prepare 6,000 meals at once.”

“I'm absolutely thankful for them, particularly now in this fourth wave,” said the retiree.

“They'll have something at the doorstep when they leave their shift that makes them realize that they are appreciated more than they know by so many people. We are very, very thankful for every one of them doing their job saving lives as best they can in this situation.”

She recalled that at the beginning of the COVID-19 pandemic many cheered and clapped for workers on the streets.

“But there's a difference now ... it's the intensity in the ICU and in the hospitals,” she said.

Alberta has the most active COVID-19 cases of any province with more than 18,000. There are more than 1,000 COVID-19 patients in hospitals, including over 200 in intensive care units.

The numbers have come down slightly in recent days, but Premier Jason Kenney said Albertans still need to be careful over the long weekend.

Chad Ohman of Edmonton, who works for Alberta Health Services, said he will be delivering gift cards to doctors in several communities. He recently started his own thank-you campaign.

Ohman said he has already distributed some gifts cards but is particularly excited to do so over Thanksgiving.

“For them to have to go through - what is it now - 20 months of this pandemic, that in my opinion was completely preventable, that definitely has a lot of weight,” he said.

“Right now our health-care workers need us because no one signed up for this. Aside from a mortician, I can't think of anyone else that is seeing death this much and that takes a huge toll.

“I really am thankful.”

This report by The Canadian Press was first published Oct. 9, 2021.