Injured BASE jumper saved from Kananaskis mountain after parachute malfunction 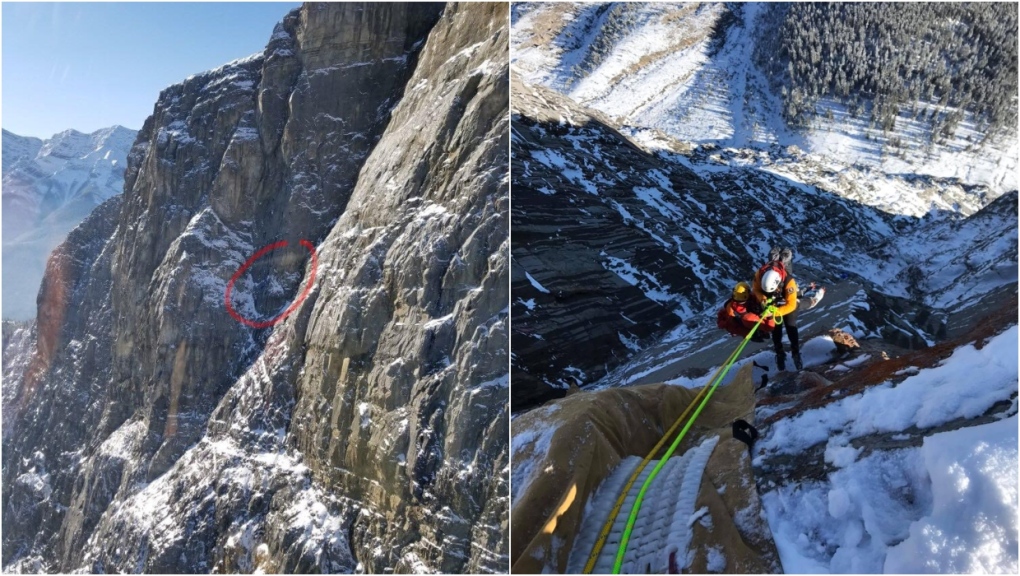 Search and rescue teams use a high-angle operation to save a stranded BASE jumper near Canmore, Alta. (Kananaskis Country Public Safety)
CALGARY -

A BASE jumper whose twisted parachute sent him careening into a cliff face in the Rocky Mountains was saved during a daring rescue on Sunday.

Kananaskis Country Public Safety (KCPS) said the injured BASE jumper was stuck about halfway down the East End of Rundle (EEOR), a mountain west of Canmore, Alta., after the parachute malfunctioned.

According to KCPS, the man's parachute snagged on a small rock horn, stopping him from falling the entire distance of the rock face. Despite this, he suffered multiple traumatic injuries.

Rescue crews initially attempted to use a helicopter to save the stranded jumper, but stopped when they realized the wind from the chopper's rotor was blowing his parachute around and could potentially cause him to fall the rest of the way down the rock face if it became dislodged. 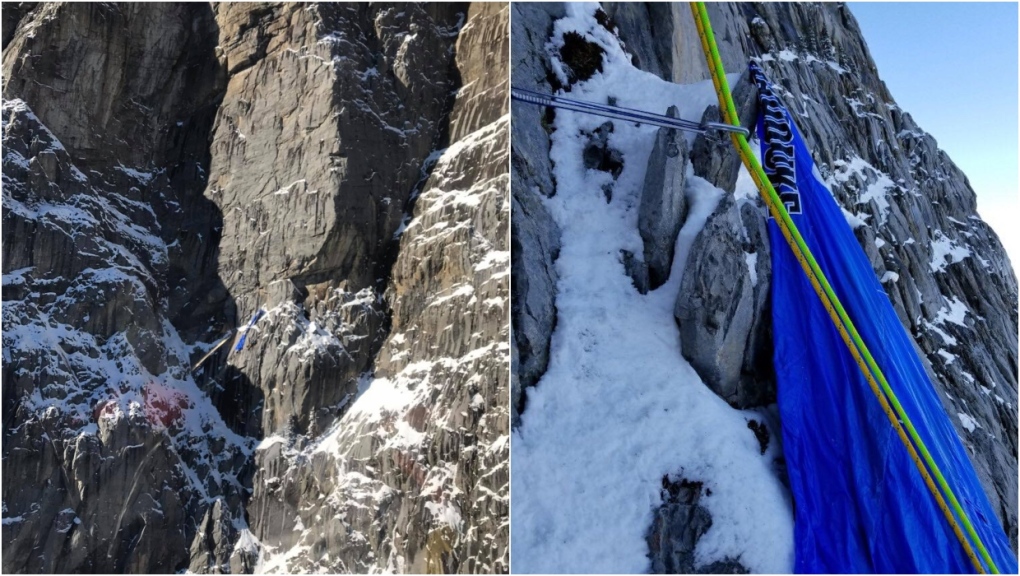 Search and rescue teams use a high-angle operation to save a stranded BASE jumper near Canmore, Alta. (Kananaskis Country Public Safety)

During the middle of the rescue operation crews found themselves dealing with another complication.

"A paraglider elected to launch directly into our work zone," KCPS said in a Facebook post. "This shut down flight operations for a time, which put the patient at much greater risk as rescue crews were grounded temporarily."

"If you see helicopter traffic, do not fly a drone, paraglider, wing suit, etc. as you could be affecting a critical rescue operation, as was the case here."

Eventually, the team switched to a high-angle rope rescue from the top of the cliff.

"The subject was secured by rescuers, moved to a ledge and then (a helicopter) sling from there," KCPS said.

The victim was transferred to paramedics and then air-lifted to hospital by STARS Air Ambulance.