CALGARY -- The recently released results of a new poll suggests the majority of Canadian premiers are being lauded for their performance during the pandemic with noticeable exceptions in Alberta and Manitoba.

According to the Angus Reid Institute's Premiers' Performance Survey, Jason Kenney's approval rating has fallen from the summer of 2019 through this fall.

Kenney has been criticized over his government's response to the ongoing COVID-19 pandemic — including the refusal to mandate mask use in Alberta while other provinces have adopted the practice — and his recent comments regarding the need for South Asians to reduce social contacts that came as hundreds attended anti-mask protests in Alberta's largest cities. 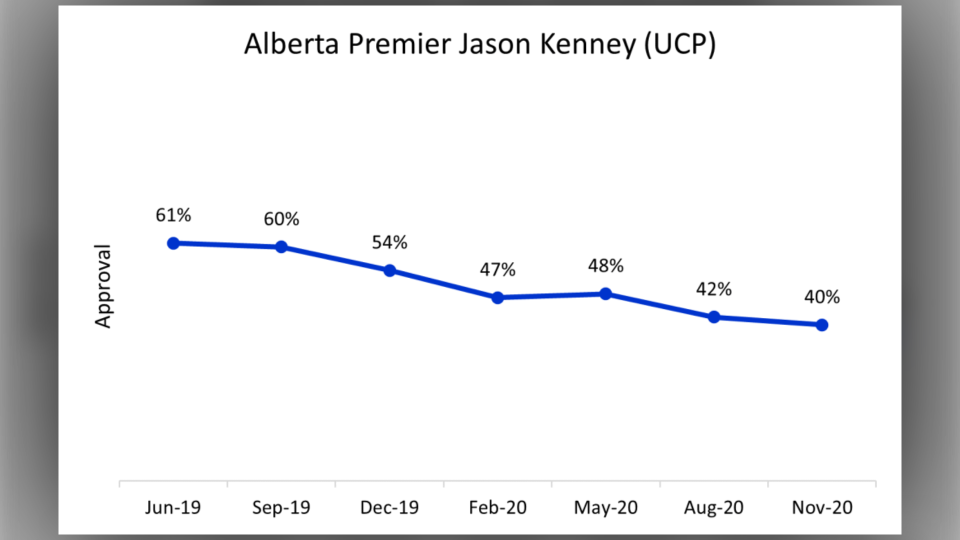 The poll found the premiers with the strongest ratings are B.C.'s John Horgan and Quebec's Francois Legault, who both garnered 64 per cent approval.

The self-commissioned, online survey was conducted by the Angus Reid Institute during the week of Nov. 24 from a representative randomized sample of 5,003 Canadian adults who are members of the Angus Reid Forum.