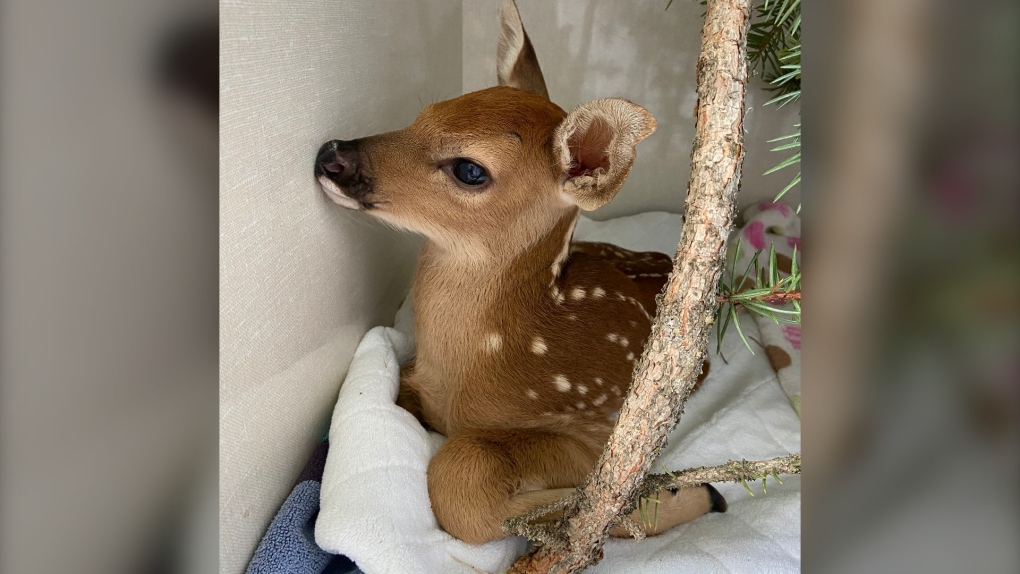 The Alberta Institute for Wildlife Conservation says baby deer, or fawns, left by themselves aren't actually in any danger and urges residents to leave them where they are if they're found. (Supplied)

MADDEN, ALTA. -- Now that hundreds of baby deer are being born throughout the province of Alberta, wildlife officials want to remind residents that a fawn left by itself is not lost or in any danger at all.

The Alberta Institute for Wildlife Conservation (AIWC) says it admitted its first fawn of the year earlier this week that was brought to them by a resident. In a release, they say the resident believed the newborn animal had been orphaned and needed help.

AIWC says that wasn't the case.

"Deer mothers (does) will leave their fawns alone for up to six hours at a time. They do this deliberately to help the fawn from being found by predators, such as coyotes, wolves, and even domestic dogs," the organization said in a release.

"Fawns are born without a scent, the mothers, however, have a very strong scent, and will leave the area the baby is hiding in to lure predators away. If you see a baby fawn alone and curled up in the grass, the best thing you can do is to simply leave them there!" 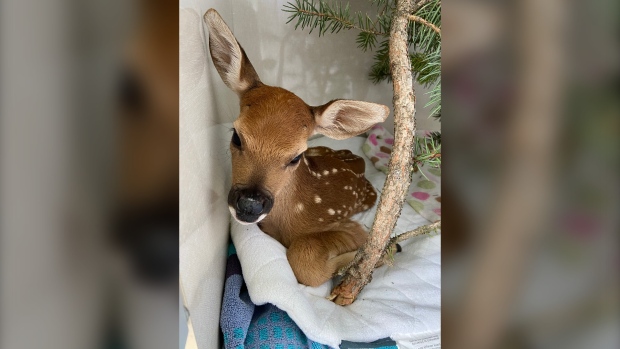 Officials say the baby deer that was brought to them was able to be reunited with its mother and there were no issues because does will not reject their young even though there is human scent on them.

AIWC goes on to say anyone who spots a fawn by itself, you should leave them exactly where they are unless they are directly in harm's way, such as in a spot near a busy road.

If you're concerned about your scent attracting predators, the organization suggests rubbing the fawn gently with grass in order to remove it.