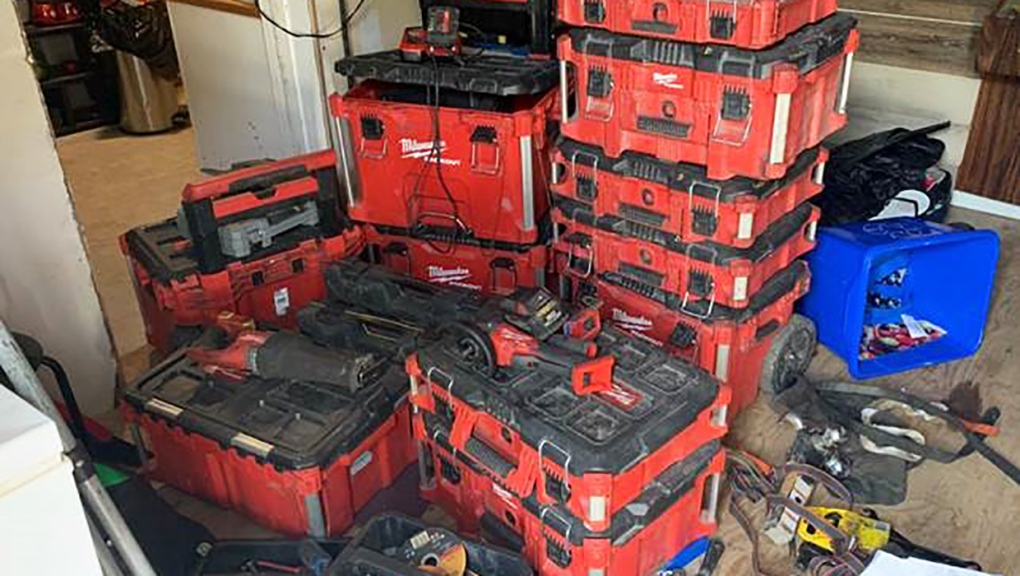 Police responded Wednesday to a report of a break-in at a fenced-in business compound in the 600 block of 30 Street North. There, they discovered a hole had been cut in the fence and about $18,000 worth of tools were stolen from work vehicles parked in the yard.
LETHBRIDGE, Alta. -

A 56-year-old Lethbridge man faces multiple charges after police recovered $37,000 worth of stolen property connected to a Wednesday break-in at a commercial compound.

Police responded Wednesday to a report of a break-in at a fenced-in business compound in the 600 block of 30 Street North. There, they discovered a hole had been cut in the fence and about $18,000 worth of tools were stolen from work vehicles parked in the yard.

Officers also investigated a theft from a truck parked on the 3600 block of 9 Avenue N, which they believe was used during the compound break-in. There was also an investigation done relating to a damaged vehicle parked on the 2800 block of 5 Ave. North and another on the 500 block of 30 Street North.

Tomas Adams of Lethbridge was arrested at a home in the 300 block of 7A Avenue S. Stolen property was also recovered from the residence, including tools, a number of catalytic converters and two motorcycles reported stolen from a dealership.

He was remanded into custody. He was scheduled to appear in court Friday.