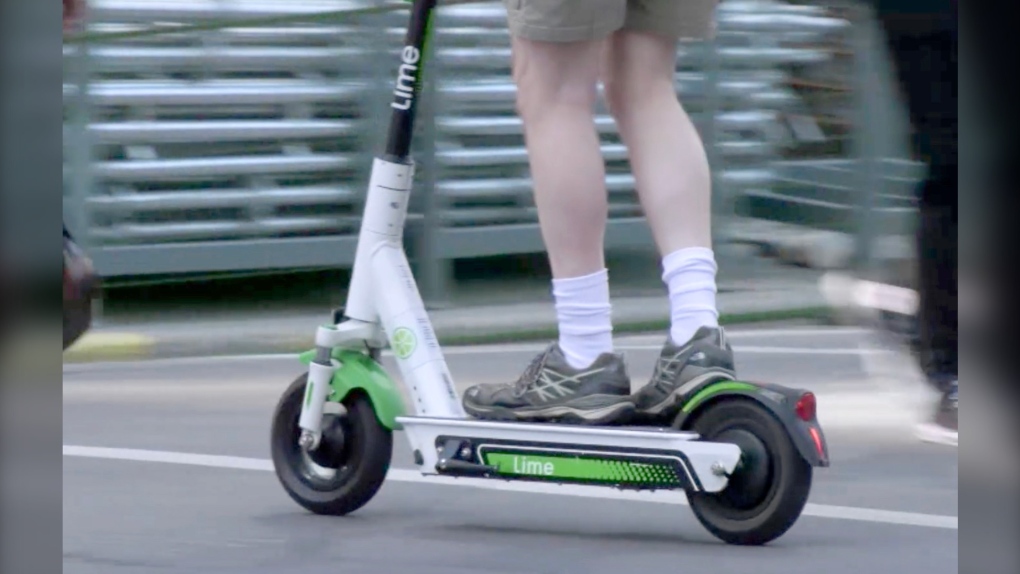 Calgary has one of the highest usage numbers for Lime scooters in the world, the company said Wednesday. (File photo)

CALGARY -- It would appear Calgarians really, really, really like using Lime scooters to get around, according to numbers released by the company Wednesday.

After arriving in the downtown core for the second year last weekend, each scooter was used an average of seven times a day – which the company says is more than triple the global average and double the next closest city.

Calgary also had among the highest average use during a pilot program last year.

According to the company, half of the users in Calgary made at least two trips a day on a Lime scooter, which they say suggests people are using them to get where they are going and back home.

Ride times are also high in Calgary, averaging about 15 minutes.

That means at least half of the available scooters had to be recharged by midday Saturday.

"Lime is fully committed to the health and safety of our riders and communities, and has implemented extensive practices to clean and sanitize our vehicles, protect our team, and educate our riders," the company said in a statement.

There are two companies operating shared scooters in Calgary and the city has capped the number at 150 each, meaning there are 300 available to riders.