Calgary police say one man was taken into custody on Tuesday morning after several fires were set inside city hall.

Security at the building, located in the 800 block of Macleod Trail, called 911 at around 4 a.m. after an aggravated man with a knife entered and began lighting fires.

Investigators believe the man got into the building by smashing the glass in the front.

Police took the suspect into custody, transporting him to hospital for an assessment.

"The man is a Police and Crisis Team (PACT) client, and this incident highlights the importance of working with Alberta Health Services to offer assessment, support, and consultation for people experiencing a mental health crisis," said a Tuesday release.

“While in many cases intervention and coordination through our partnership is successful in avoiding a mental health crisis becoming a police matter, unfortunately, there are instances that are violent in nature and require an adequate police response,” added Supt. Asif Rashid.

“Out of consideration and compassion for the man and his current mental health, we will not release his name. We are relieved that no one was injured and he is now getting the care he needs.”

Anyone with information about this incident is asked to contact police by calling 403-266-1234 or by contacting Crime Stoppers anonymously. 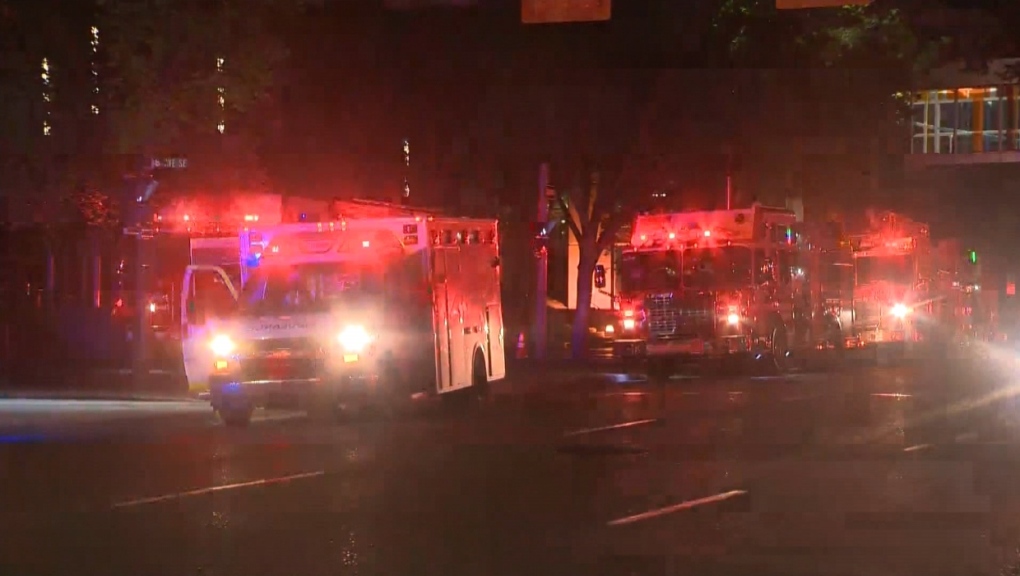