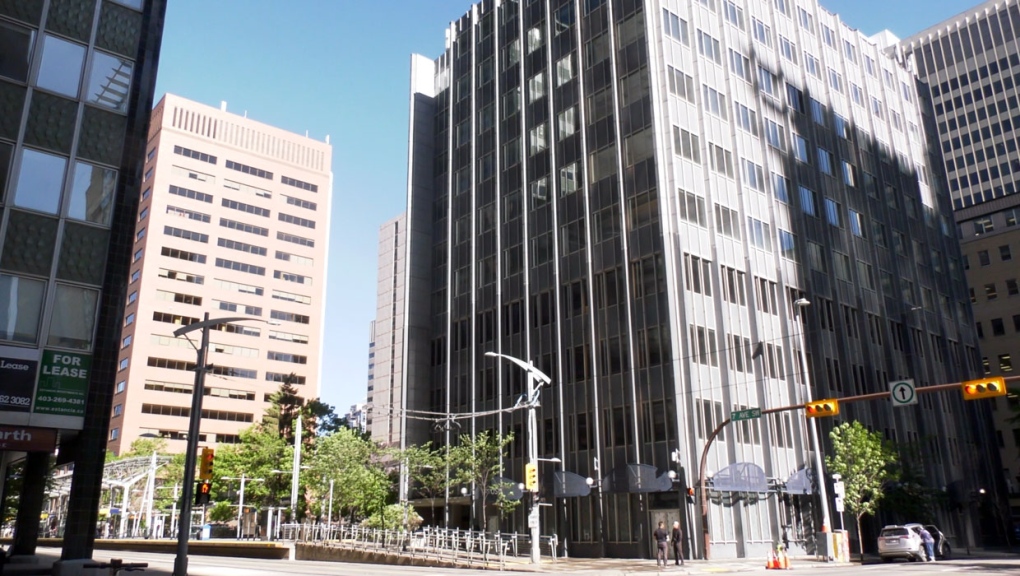 Once the home of a Calgary corporation, this downtown office will become affordable housing for approximately 180 residents.
CALGARY -

The downtown development incentive program will convert vacant office space into reimagined spaces like residential housing as part of the city's downtown strategy.

"By reducing the vacancy rate, our long-term goal is to stabilize and increase property values," said Thom Mahler, program lead for the city’s downtown strategy.

"It restores the vibrancy of our downtown which will help attract additional business and new development."

An initial $45 million in funding is available to downtown building owners who are interested in converting their office space into residential housing.

"Conversions of office buildings to residential are not that common, so there’s always a risk in doing those types of projects," said Mahler. "By having the city be more of a partner in investing, it gives confidence to other lenders and investors that the city has a plan, and that we have confidence in our plan."

The initial phase of the program will run until December and will focus on office to residential conversion.

"Our hope with this first phase of the project is to get some construction projects going. Our hope is that we’ll start to generate interest in many of the other pieces."

Property owners within the developing downtown area can apply for funding between Aug. 16 and Sept. 15.

The grant will be capped at $10 million per property unless city council approves a greater amount for a particular application.

The program is offering a grant for office to residential conversions of $75 per square foot, based on the original gross building area of existing office space that will be converted.

The city hopes this incentive project creates a diverse range of cultural industries within the downtown core in the future.

"We have had a lot of conversations about how to readapt some of the office space into uses that are more supportive and integrated with say the cultural economy."

The Calgary Board of Real Estate's Q2 report for 2021 estimated downtown office vacancy at 14 million square feet or just above 32 per cent.

"There’s lots of opportunities, that’s one of the advantages to the high vacancy rate. There is opportunity for investors to come to Calgary and make their mark. That’s really what we’re hoping."

Downtown office property values have declined by 60 per cent since 2015, resulting in a tax shift that affects City finances as well as residential, commercial, and industrial property taxes throughout the city.

The city says six million square feet of office space needs to be removed from the market by leasing, conversion, or demolition over the next decade to manage with vacancy.

"I think there’s a chance to change perspectives amongst outsiders particularly about what Calgary is."