CALGARY -- A new road track race course, laid out and designed by German race driver and course designer Hermann Tilke, is set to open this summer north of Calgary.

The 16-turn course is rated as a Formula 2 track.

“The course itself is 3.5 kilometers long, so something a little over two miles is a good length for a track," said Rocky Mountain Motorsports CEO Dominic Young, conjuring up images of Christian Bale hightailing it through the 1960's French countryside in Ford vs. Ferrari.

“It's got a pretty good fast zone, two straights that are joined by a very wide open corner, and then a lot of the track after that is quite complex and technical.”

Since Race City Speedway closed in 2009, car enthusiasts in southern Alberta lost their only road track.

For the last six years, Rocky Mountain Motorsports has been trying to build a replacement, but it’s been an uphill battle.

“It's not one of the easiest things to get developed," said Young.

An initial attempt to build a race course near Airdrie failed after opposition from area residents, who were concerned about noise from the track. While some concerns were raised as the current plan was brought to Mountainview County in 2016, the company convinced councillors it had a plan to abate the sound of the track.

“We cannot exceed 65 decibels at the perimeter of our land.” said Young. “That's why the berms are so high. Quite frankly, we have berms that are going to be eight meters high.”

The company secured a 218 hectare (540 acre) parcel of land adjacent to the QE2 Highway, on the southeast corner of the Carstairs exit. The track itself only takes up 71 hectares (176 acres). The rest is being set aside for future development.

“We expect a lot of businesses oriented to serving the motorsports market will locate here.” said Young. “We will also be putting in, or have provisions for, member private garages.” 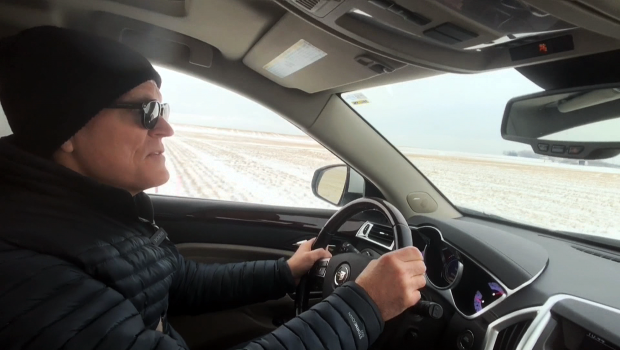 The course is not being designed for spectator racing. 300 memberships are being sold to the course, starting at $37,500 as an initiation fee, plus annual memberships. Young revealed to CTV News that 190 of them are already reserved.

“50 per cent of our track time is going to be devoted exclusively to the membership.” he said. “Then the other 50 per cent will be available for rental to performance driving schools, to the automotive car clubs, such as the BMW club or the Porsche club.”

There may be some points at which the public is allowed, but mostly access will be controlled through the various automotive car clubs. They are considering including a pay-to-play component, where someone could pay a one-time fee, say $200, for a spin around the course.

While it's built to Formula 2 specs, there are no current plans to hold spectator races, but Young wouldn't rule them out in the future.

One of those high end Calgary car enthusiasts anxious for the track to open is Doug Hall. The Calgarians owns several performance cars, but has nowhere near his home where he can drive them legally.

“If you try and use the capabilities of the car on public roads, it's not safe and you're probably going to be in jail or lose your licence,” said Hall, as he drove the staked-out course on a winter morning, in his wife’s Cadillac’s SUV

“(Instead), we can come here," he said. "There's no little old lady with a bag of groceries that you need to worry about. No stop signs, no intersections, and we can go as fast as we feel comfortable.”