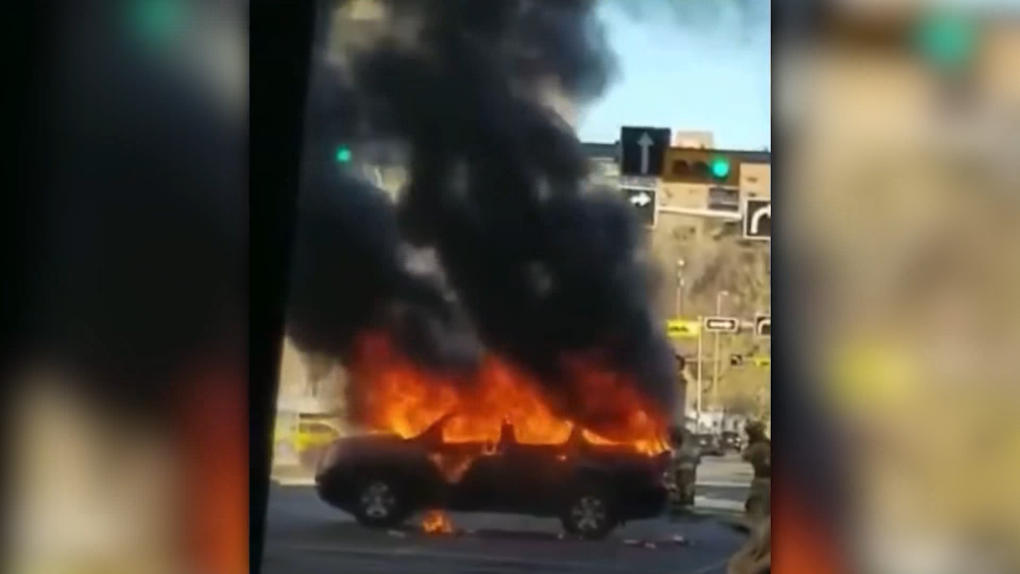 A vehicle on fire in downtown Calgary Sunday. (Supplied)
CALGARY -

Calgary police say no one was injured in a car fire in the downtown core on the weekend.

Officers were called to an area near Sixth Avenue and Second Street S.E. at around 10:45 a.m. on Sunday for reports of a vehicle fire.

Police said it's believed the driver of the vehicle was the one to set it on fire.

The incident can be seen unfolding in a video posted to YouTube by user Virtue.

Sirens can also be heard right after the fire is started. 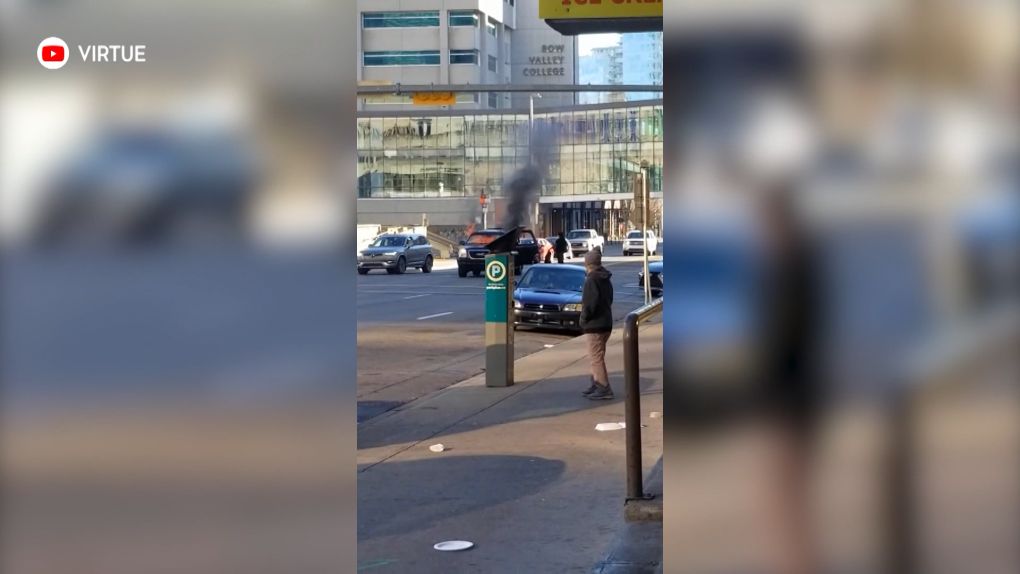 A portion of MacLeod Trail was closed for several hours while Calgary police and fire investigated. 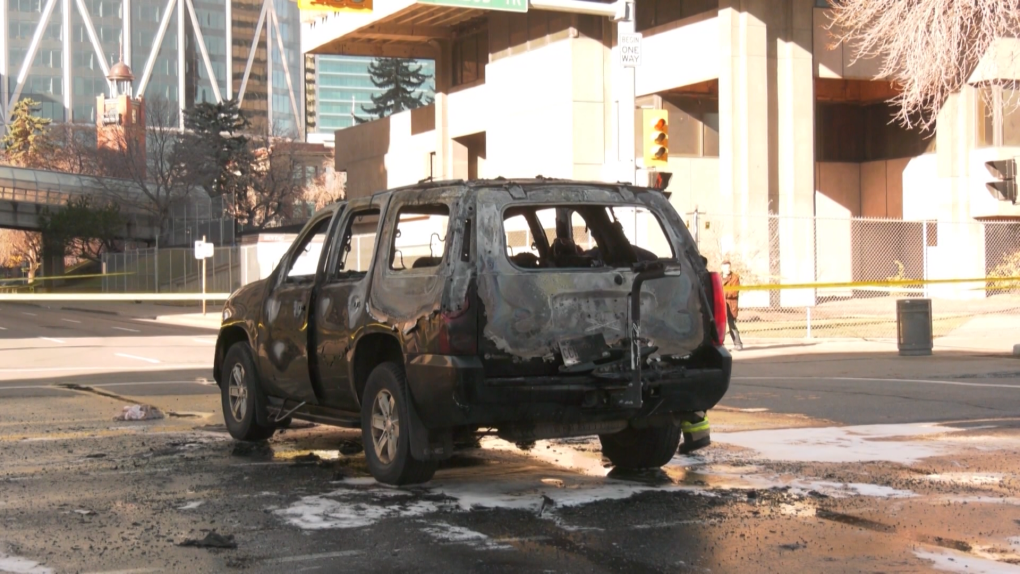 The remains of a vehicle in downtown Calgary after a fire. (CTV News Calgary)

Police said they have been in contact with the driver.

At this time no charges have been laid.