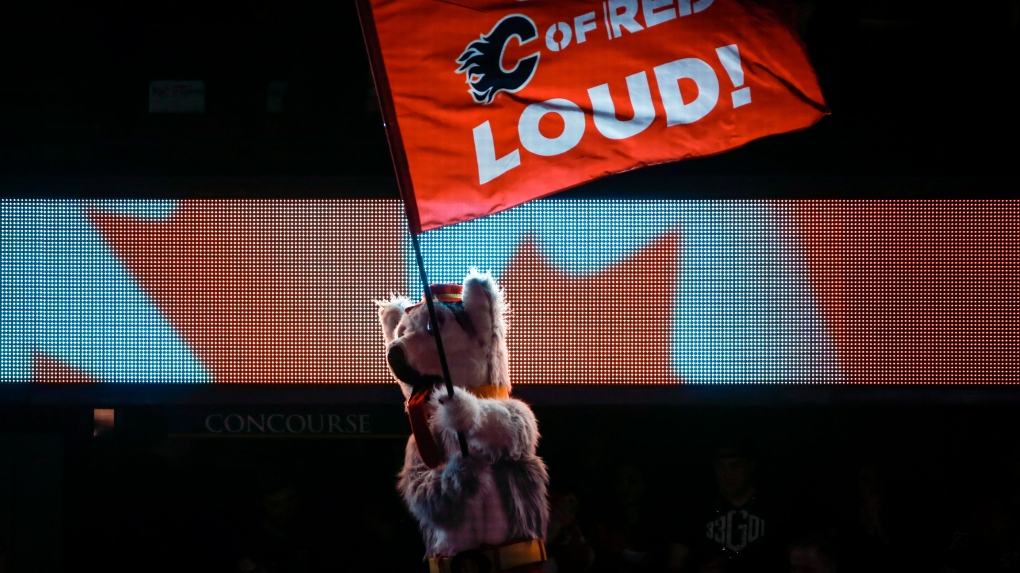 Calgary Flames' mascot Harvey the Hound waves a flag during the national anthems prior to first period NHL hockey action against the San Jose Sharks, in Calgary on Monday, Dec. 31, 2018. THE CANADIAN PRESS/Jeff McIntosh

A new list of NHL mascots has some bad news for the Calgary Flames.

NY.bet, an online sports betting site, released a new ranking on Tuesday where it polled hundreds of NHL fans in Canada and the U.S.

It asked who their favourite mascot was in the NHL and Harvey the Hound, the canine who helps stir things up in the Saddledome and first in the NHL's history, was ranked last.

"Harvey the Hound came in as the No. 1 worst mascot in the league," the website said in a statement.

"Harvey the Hound was also listed as the No. 2 most obnoxious during games and No. 3 scariest!"

"Detroit's history with throwing octopi on the ice is infamous," the website reads. "You won't find Al walking around Little Caesars Arena or skating on the ice between periods.

"Maybe that's why he's the favourite – he's the only mascot that doesn't have a physical presence." 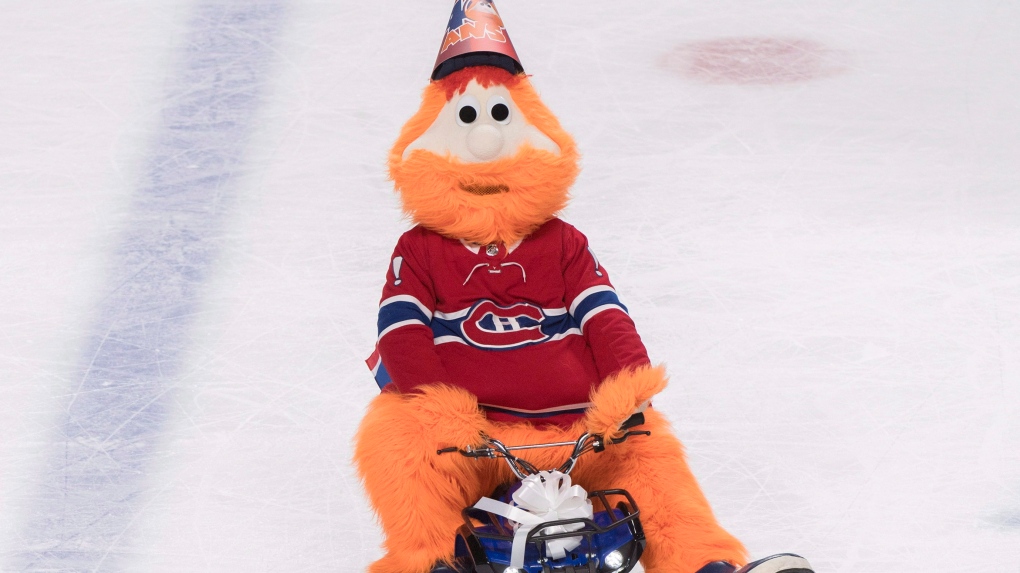 Montreal Canadiens mascot Youppi celebrates it's 40th birthday during an NHL hockey game between the Canadiens and the Colorado Avalanche in Montreal on January 12, 2019. THE CANADIAN PRESS/Graham Hughes

One of the league's newest mascots – Buoy of the Seattle Kraken – is also among the worst, the website says.

No matter which ones are the best and worst, NY.bet says a majority of fans enjoy the fact there are mascots to entertain them and help energize the crowd during games.

"The majority of fans (66 per cent) say mascots add to the overall experience of an NHL game, especially liking how mascots interact with fans (especially children) during a game."

The survey was conducted between September and October on a group of 914 NHL fans from the U.S. and Canada.

'Dances With Wolves' actor appears in court in abuse probe

A former 'Dances With Wolves' actor accused of sexually abusing Indigenous girls and leading a cult must remain held without bail until his next court hearing, a judge ordered Thursday morning.

Former Wagner commander says he is sorry for fighting in Ukraine

A former commander of Russia's Wagner mercenary group who fled to Norway told Reuters he wanted to apologize for fighting in Ukraine and was speaking out to bring the perpetrators of crimes to justice.

As rates of sexual assault climb across Canada, nursing experts say there is a shortage of specially trained forensic nurses to properly care for victims.