A southern Alberta woman has taken a 'fur baby maternity leave' to help her dog take care of her incredibly large litter of puppies.

Jansen says when she found out Freya was pregnant, she was over the moon.

"We went to the vet, we found out that she was carrying puppies and the vet, Dr. Heather Smith, said (there was) maybe ten," Jansen said.

However, when Freya gave birth on Dec. 29,  Jansen was shocked to find a few more puppies than expected.

"I think it was at ten … And then thirteen, then fourteen, then fifteen," Jansen told CTV News.

"We went to bed that night, woke up the next day and, boom, another one… and then one more. So 17 total."

On average, Bernese Mountain dogs have eight puppies per litter.

Though 17 puppies is a lot, it's not record-breaking.

According to Guinness World Records, the largest litter of puppies is 24, born to a Neapolitan Mastiff in the U.K. in 2004.

Jansen thinks it could be the largest litter of Bernedoodles in Canada, or at least Alberta.

Jansen says she has been working closely with her veterinarian along the way, making sure Freya was healthy before pregnancy and ensuring she and the pups are doing well after such a big delivery.

As Jansen is essentially caring for two litters, it has become her full-time job.

"There's a lot of cleanup and still looking after Freya," she said. "It's like newborns in the middle of the night." 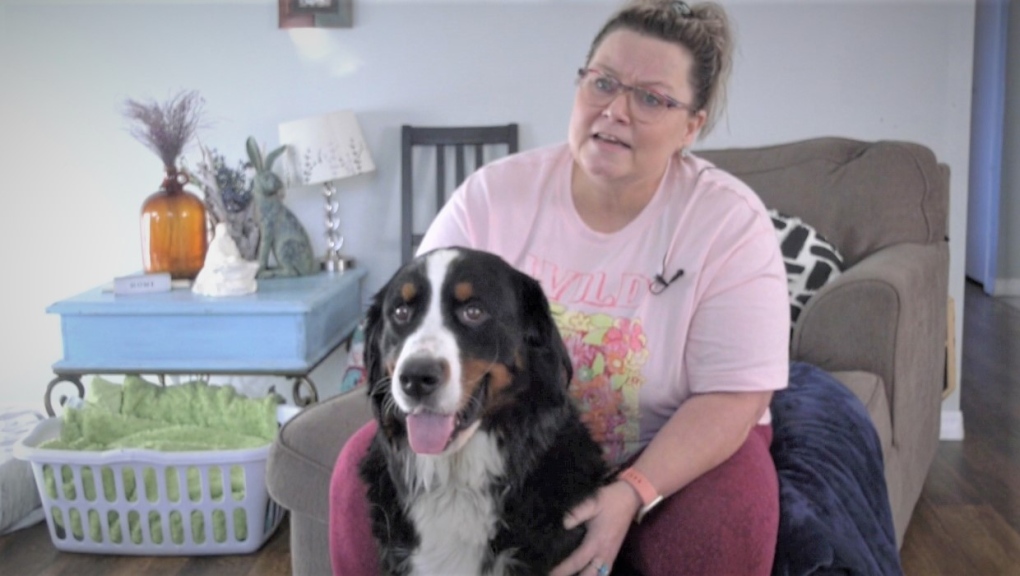 Laurie Jansen's Bernese Mountain dog Freya gave birth to 17 puppies in December 2022. Once the pups are old enough, at around eight weeks, they'll be able to part with them.

Four of the pups are spoken for so far.

"The plan of course is to find them their forever home. That is absolutely the plan," Jansen said.

"I just want to find those people looking for the Bernedoodle mix."

The process to adopt the dogs is rigorous – it includes an application, reference checks and full approval by Jansen and her veterinarian.

Jansen is taking applications for the puppies via a Facebook group called "Freya's Furbabies 2023."

Though they are cute, the Bernese Mountain Dog Club of Canada says the breed comes with a variety of health issues, especially if the parents are not tested for genetic diseases.

Those interested in providing a home for one of the puppies are warned to thoroughly research Bernese Mountain dogs and poodles before committing, to ensure none of them will be surrendered to one of Alberta’s already packed shelters in the future.