The Badlands are a hotbed for fossil discovery and palaeontologists know they can't find all the exposed dinosaur bones because there's just not enough of them to cover the vast area.

Instead, they rely on the eyes of people hiking.

Francois Therrien is the curator of dinosaur palaeoecology at the Royal Tyrrell Museum in Drumheller and says the pandemic produced many amateur palaeontologists with people opting to vacation at local sites rather than exotic destinations.

"Here in Alberta we're really lucky," he said. "Wherever you go in the province you are on rocks that were formed during the age of the dinosaurs so there's always potential of finding fossils."

Therrien says fossils in Alberta are protected by law, they're not the property of the landowner or of the person who discovered them. They belong to the government, which protects and maintains them for in the best interest of all Albertans.

"We ask people to keep an eye open wherever you go hiking, fishing, camping and if you find fossils, take photos, GPS coordinates, a dot on the map," said Therrien. "Then report that to the Royal Tyrrell Museum and we'll follow up on your find and let you know if what you found is something significant."

The Red Deer River valley is a particular interest for scientific research because it represents a time of 70 million years ago that scientists want to learn more about along with the dinosaurs that lived during that time. Therrien says the landscape constantly changes from year to year.

"In the Badlands the rate of erosion is really rapid, we're talking sometimes up to one centimeter of erosion per year," he said. "So even if you walk on the surface of an outcrop one year, you come back the following year, erosion could have exposed other fossils so that's why it's really important to always come back to the same areas, it may be year after year or every other year to see what new fossils are coming up at the surface due to erosion."

Therrien says at the beginning of October museum staff uncovered many bones from a duckbill dinosaur. With the help of Kneehill County staff and their motorized equipment, the specimens were excavated, protected in a plaster coating and transported to the Royal Tyrrell.

Jared Voris is a dinosaur palaeontologist and PhD student at the University of Calgary and says he investigates a number of public dinosaur finds in places where bones haven't been found before. 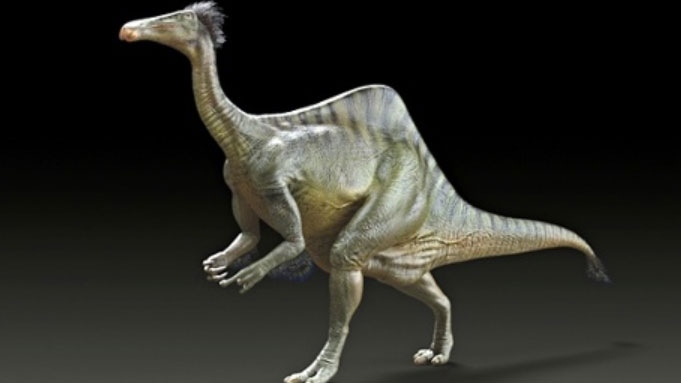 "Those are really nice finds when people find those and so I basically try and follow up in every way I possibly can," said Voris. "Whenever people find fossils, it's just an amazing thing and it's just great to share that sense of discovery with the general public and people who just want to come out here and look for fossils."

Therrien says when fossils are uncovered and transported to the museum they undergo a triage of sorts. If they're determined to be a high priority specimen, technicians will work to reveal the bones from the rock for scientific study.