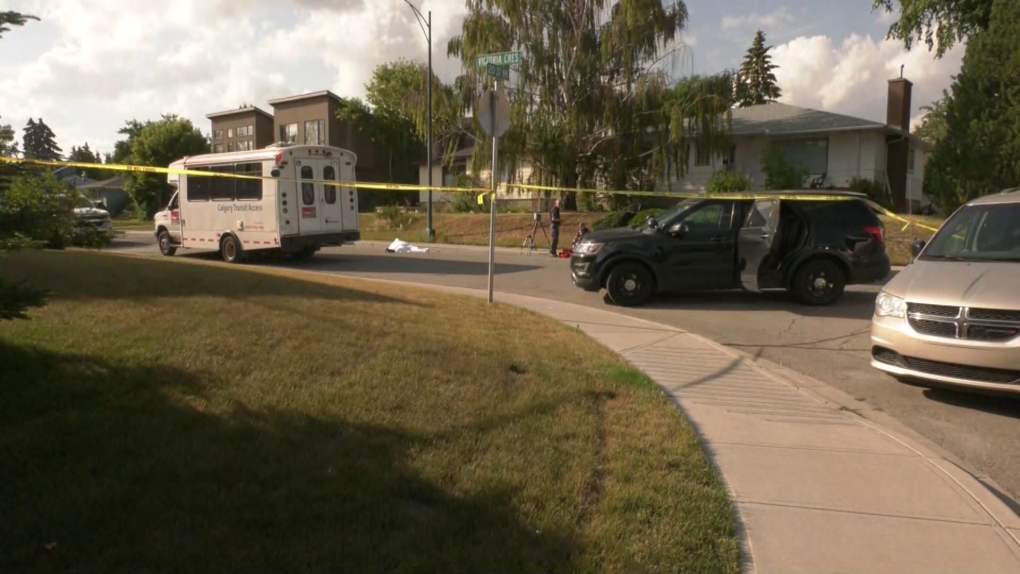 Emergency crews and police tape in the northwest Calgary neighbourhood of Banff Trail on Aug. 25 after an unresponsive man was declared dead.

The Calgary Police Service is searching for a woman who is believed to have been the last person to have been in contact with a man who was found dead in August.

Emergency crews were called to the intersection of 18th Avenue/Victoria Crescent and 20th Street N.W., in the community of Banff Trail, on the afternoon of Aug. 25 for reports of an unresponsive man in the road.

A man in his 50s was declared dead on scene. His name has not been released.

Police have classified the nature of his death as 'undetermined' and 'non-suspicious', but the investigation continues.

Investigators are looking to identify a woman with long blonde hair and numerous arms tattoos  who was likely amongst the last people to speak with the victim.

The woman was said to be driving a stolen white 2009 GMC Sierra on Dermot Baldwin Way, near the Calgary Drop-In Centre, in the days following the death.

The stolen truck has since been recovered but police have not yet identified the person of interest/potential witness.

Anyone with information regarding the death or the identity of the woman is asked to contact the CPS non-emergency line at 403-266-1234 or anonymous tips may be submitted to Crime Stoppers.