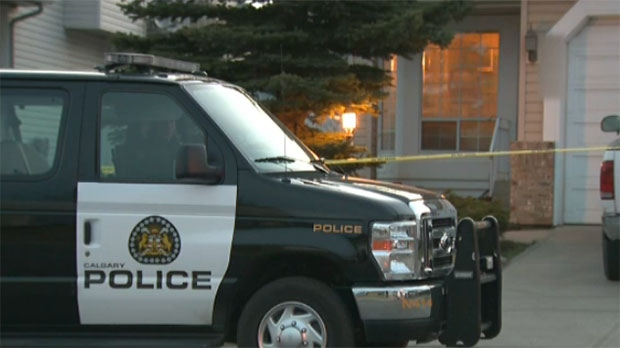 Alex’s body was found in the Radita family’s Citadel home in May 2013 and an autopsy confirmed he died from bacterial sepsis attributed to neglect, starvation and complications related to diabetes.

Testimony continued at the first-degree murder trial for a Calgary couple accused of killing their 15-year-old son three years ago and on Thursday the court released photos of the teen just a few months before he died.

Alex Radita died in the family’s Citadel area home in May 2013 from complications attributed to neglect, starvation and unmanaged diabetes.

The boy’s parents, Emil Radita, 59, and Rodica Radita, 53, are charged with first-degree murder in the teen’s death.

Alex was diagnosed with diabetes while the family lived in B.C. when he was just three-years-old.

On Tuesday, a paramedic who responded to the home described the teen as emaciated and said he looked mummified.

Court heard that Alex weighed only 17 kilograms and was wearing a diaper.

On Wednesday, a pediatric endocrinologist who specializes in diabetes testified at the trial.

Dr. Daniele Pacaud told the court that management of diabetes typically involves visits to the doctor every three months and it’s believed that Alex did not see a doctor after the family moved to Alberta in 2009.

The doctor testified that the memory on two electronic diabetic test metres, that were found in the home, showed they were only used about once a month and that diabetics normally use the metres about four times a day.

Dr Pacaud testified that the lack of use and the high readings recorded were "insufficient to keep him safe."

She said that the family didn't buy any insulin in the six months before Alex's death and that the teen would have required several doses each day to manage his condition.

She described a number of bed sores that were found on Alex's body as significant and said that they required antibiotics and that she would have recommended surgery in some cases.

The doctor’s testimony continued on Thursday. Court heard that Alex had been in the custody of child welfare when the family lived in British Columbia because the parents were not properly treating his diabetes. He was later returned to his parents before they moved to Alberta.

The trial is by judge alone and is scheduled to continue through to June 14.