Stamps placekicker Rene Paredes might fly underneath the radar most weeks, but he remains one of the team's biggest offensive weapons

Paredes doesn't need a lot of attention. He's not what you might call a social media presence. He prefers ito see others in the limelight.

But when you kick as well as the 11 year veteran does, its hard not to get noticed.

Paredes is on quite the streak right now.  He hasn't missed a field goal in 26 straight regular season games.

Paredes said he had no clue the streak was that long.

"Like I said I just worry about the next kick and you know everything will take care of itself."

CFL PERFORMER OF THE WEEK

Paredes was a perfect four for four in the Stamps' thrilling 33-30 comeback victory in overtime over the Ticats on Saturday night that pushed their record to a perfect 2-0.

Head Coach Dave Dickenson said he was impressed because Hamilton isn't the easiest place to kick in.

"Those are some tough kicking conditions.  I mean if you're a kicker in Hamilton you know what the conditions are like and Rene was money.

"You know I'd like to score more touchdowns than field goals but we're confident we're going to get points and he kicked well."

"You take it one kick at a time and I've been doing that since 2011."@tvnatasha checks in with @RParedes30 (A.K.A Mr. Consistency) pic.twitter.com/VzbFJN5l06

When Paredes lines up for a field goal, he doesn't look too stressed.  Paredes said it's important for him to remain calm.

"I mean that's how I've got to be right? You've got to stay calm and I'm a very calm guy anyways so it kind of helps me out on the field.

"And you know like I say, worry about the next kick."

The 37-year-old's chill demeanor on the field rubs off on the rest of his teammates, too.

They know when Paredes is on the field there's a very good chance they're gong to come away with points.

Running Back Ka'Deem Carey said there's a name for Paredes.

"You could say Mr. Automatic for sure," Carey said.

"Like when I know we're going to a game winning kick it's no on the knees or cross hands.  I'm low key with my Gatorade bottle, smiling and ready to wave bye to the fans.  Number 30 is a clutch guy and I love having him on my team." 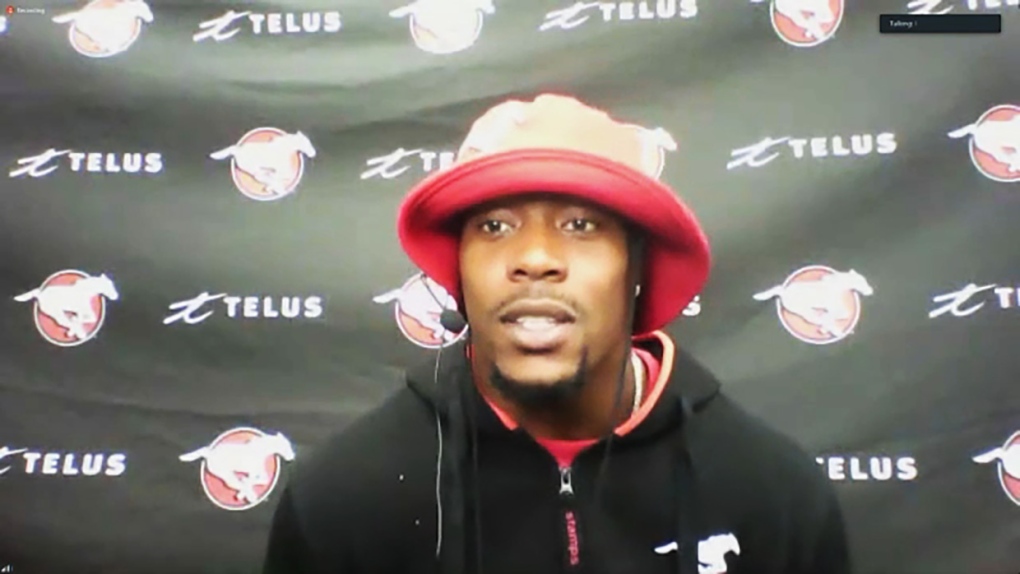 It's already been quite the season for Paredes.  He kicked a last second field goal to beat the Montreal Alouettes in week one, then  kicked the game-winning field goal against Hamilton on Saturday night.

Paredes said he tries to stay the same no matter how big the kick is.

"I do a lot of visualizing and breathing and stuff like that.  You know I try to stay away from everybody and keep to myself and try to relax."

Carey said he's not about to interrupt Paredes' routine.

"You know I don't mess with him.  He's got something going on so whatever he's got going, you know that cool and calm he kicks it through the uprights every time."

Paredes will try to make it 27 straight games without missing a field goal when the Stamps host the Edmonton Elks on Saturday night at McMahon Stadium.

About half of Americans say Trump should be charged for U.S. Capitol riot: poll

About half of Americans believe former U.S. President Donald Trump should be charged with a crime for his role in the U.S. Capitol attack on Jan. 6, 2021, a new poll shows.

Migrants who died in trailer tragedy were seeking better lives

As families of the 67 people packed into a tractor-trailer and abandoned on Monday in Texas began to confirm their worst fears and talk of their relatives, a common narrative of pursuing a better life took shape from Honduras to Mexico.