CALGARY -- One of the biggest rallies of the pandemic took to the streets in downtown Calgary Saturday and the situation drew an equally large police presence.

On one side of the demonstration, Albertans who want to see an end to the restrictions and on the other, another group who are accusing them of hatred and bigotry.

The first group, called March For Freedom, first branded themselves as a grassroots movement against the COVID-19 health orders.

It's been demonstrating almost on a weekly basis, despite bans on outdoor gatherings that have come and gone.

Now, in late February when active cases and hospitalizations are down and vaccines are being distributed to Alberta seniors, the group has taken on a different tune – fighting against immunization plans, PCR tests and the media.

Last week, the protest took place in Edmonton and that's where March For Freedom lit tiki torches to use along with their signs and chants. 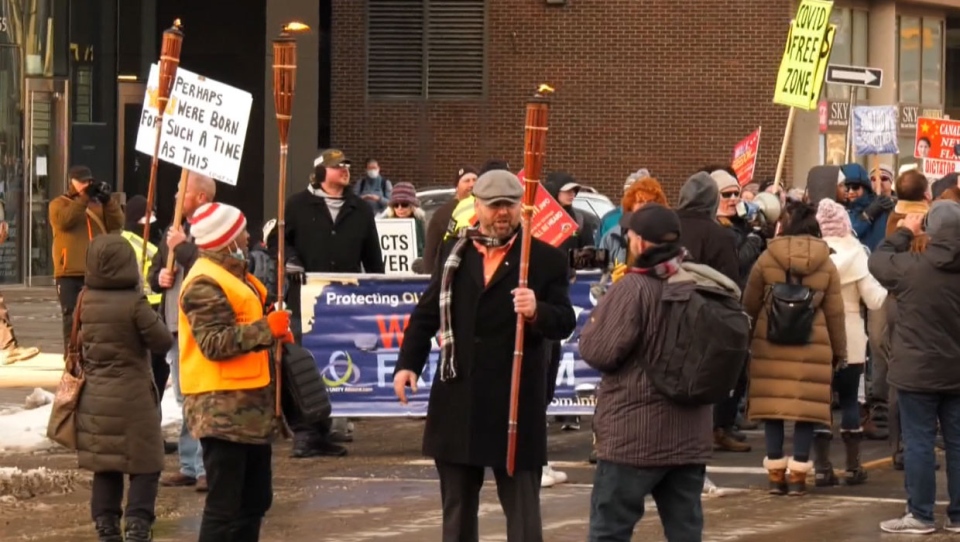 Counter-protesters, many of whom are with the local Black Lives Matter movement, took offence to the torches, which are seen by many to be a long-standing symbol of hate.

Between the two groups however, Calgary police officers stood ready to take action if the situation became unsafe for any of the participants.

However, while the freedom rallies have been condemned by both Premier Jason Kenney and Mayor Naheed Nenshi, CTV News has been told there have been no arrests.

It's not known if there will be any tickets handed out to any of the protesters seen to be violating Alberta's Public Health Act or Calgary's municipal bylaws aimed at keeping the public safe from the spread of COVID-19. 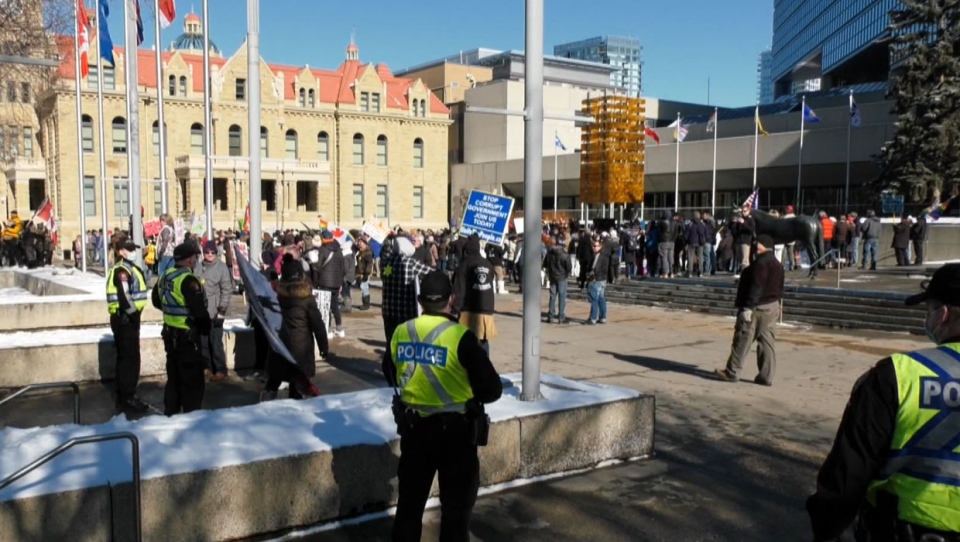 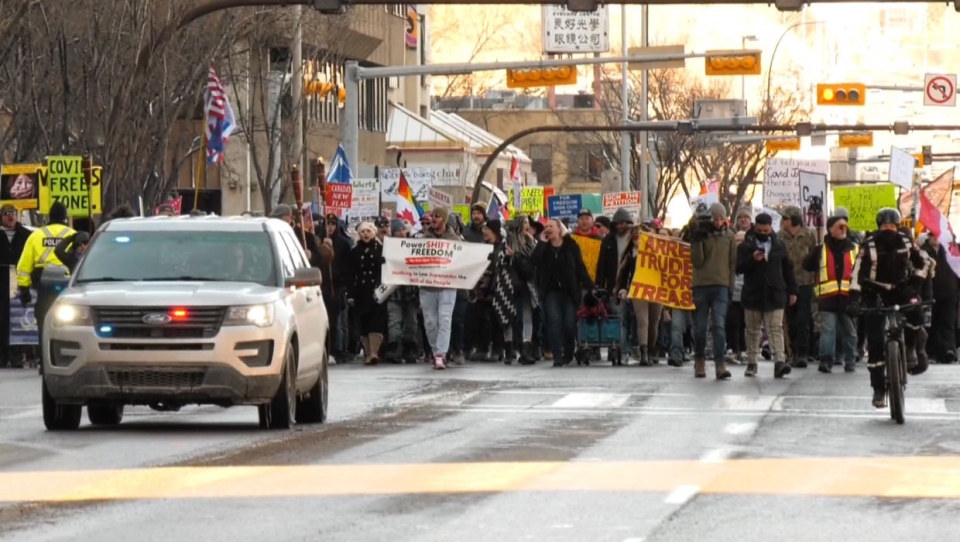 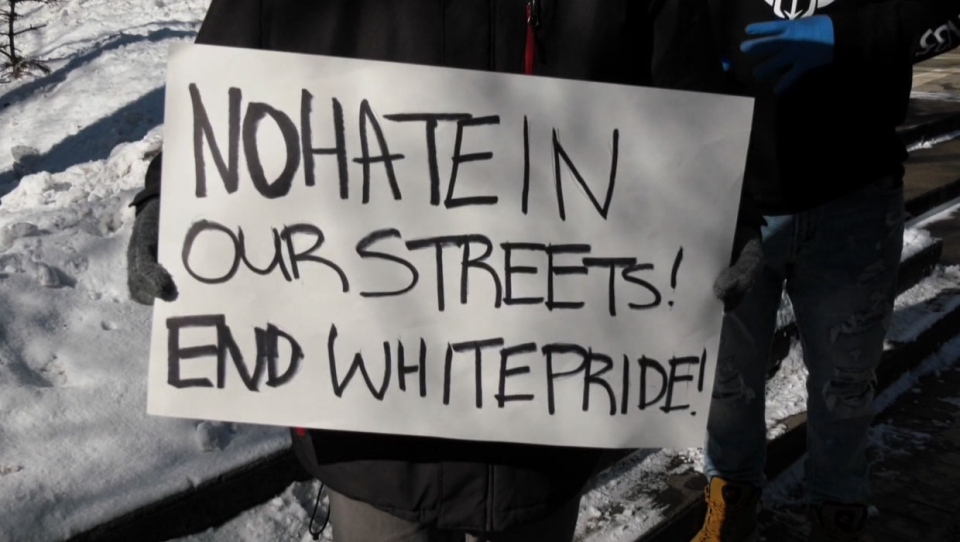