Calgary police are investigating after 10 churches were vandalized Wednesday night.

Overnight, 10 churches were smeared with red and orange paint, while one had a window broken so paint could be tossed inside, according to a release issued by Calgary police Thursday afternoon.

The markings included handprints and the number 215, indicating that the vandalism could be in response to the recent discovery of 215 unmarked graves near the site of a former residential school in Kamloops, B.C.

"Canada’s residential school system is a very dark part of our history that destroyed the lives of countless Indigenous families, communities and people," the police statement said. "The recent discovery of these graves further supports the tragic and heartbreaking stories that Indigenous people have been sharing for many decades." 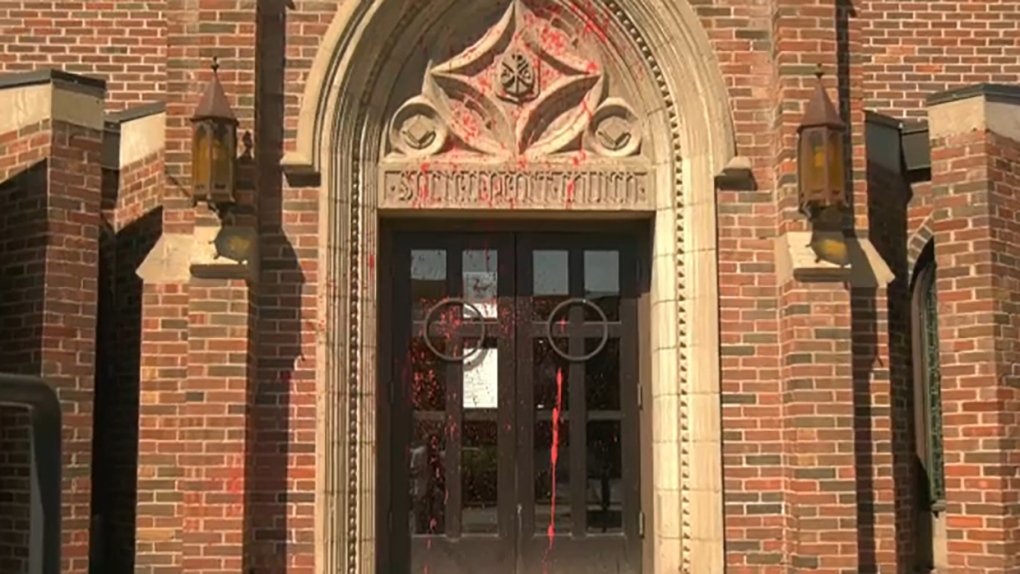 "Given the harm this chapter of our history has caused to Indigenous people in our community, it is understandable that emotions and tensions are running high. We must never forget that residential schools are part of our legacy as a country and we need to continue seeking the truth about what happened."

"The Calgary Police Service is committed to doing our part in this reconciliation effort and ensuring that the generational trauma of the residential school system is properly addressed in policing."

However, the police added that vandalism is illegal and creates further division, and that they were examining security camera footage to identify suspects. 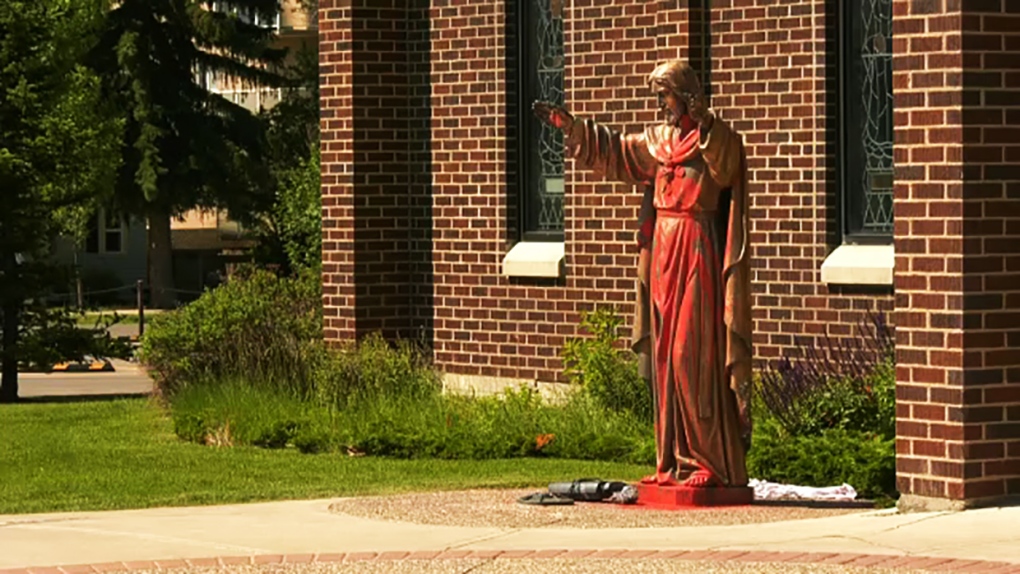 In addition, the Hate Crime and Extremism unit has also been engaged as all of the churches vandalized were of the Christian faith.

Premier Kenney responded to the vandalism Thursday afternoon on Twitter.

"The vandalism of churches across Alberta is appalling," he tweeted. "This happened today at an African Evangelical Church in Calgary. The congregation is made up entirely of new Canadians, many of whom came here as refugees fleeing countries where churches are often vandalized and burned down."

The vandalism of Churches across Alberta is appalling.

This happened today at an African Evangelical Church in Calgary. The congregation is made up entirely of new Canadians, many of whom came here as refugees fleeing countries where Churches are often vandalized & burned down. pic.twitter.com/o9mGPLD7QO

The churches involved were:

A church in Morinville, Alta., 30 km northwest of Edmonton, was destroyed in a fire Wednesday night.

Anyone with information about these incidents is asked to contact Calgary police at 403-266-1234. Anonymous tipsters can contact Calgary Crime Stoppers at 1-800-222-8477, online or by using the P3 Tips app available at Apple or the Google Play Store.

For anyone struggling with their emotions around recent events, there are a number of agencies that can be contacted, including the following: