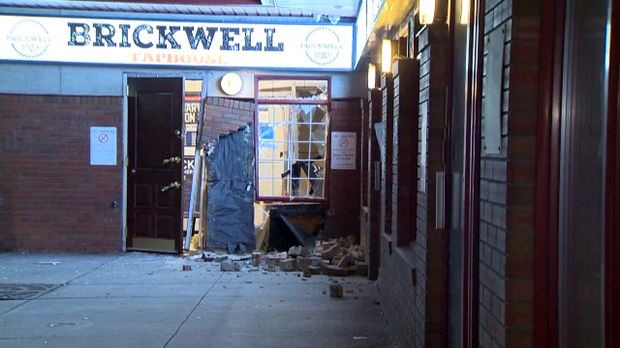 The entrance to the business was damaged after someone slammed a vehicle into the front in an attempt to steal an ATM.

A northwest Calgary bar was damaged after someone smashed a vehicle into the front entrance in an attempt to steal the ATM that was inside.

Police say a vehicle crashed into the Brickwell Taphouse in the 6200 block of Centre St. N.W. at about 5:00 a.m. and an attempt was made to steal the cash machine.

The offenders were unsuccessful and fled the scene.

The fire department was called in to assess the building for structural damage and deemed the area safe.

Police are investigating and are reviewing security footage from the area to try to identify the suspects.