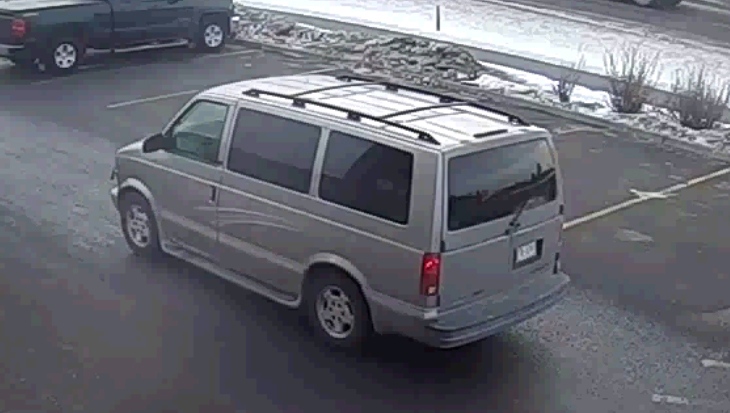 Officials are asking for the public’s help in searching for the suspect’s vehicle described as a grey 1998-2000 GMC Safari van. (Photo supplied by RCMP)

CALGARY -- High River RCMP have released the photo of a van that two suspects were seen driving after threatening a man at a red light with a knife on Jan. 12.

Officials are asking for the public’s help in searching for the suspect’s vehicle described as a grey 1998-2000  GMC Safari van. The vehicle license plate was not obtained.

Police say at approximately 9 a.m. they received a complaint of a male being threatened with a knife at the intersection of 12Avenue and 16 Street.

The victim was stopped at a red light at the intersection when two males ran towards his vehicle. One of the males pulled out a knife with a six-inch blade and held it up at the victim’s open truck window.

The victim had to drive through the red light to get away from the suspects, said RCMP.

RCMP described the suspects as having darker skin with beards while wearing work type clothes with paint or drywall splattered on them.